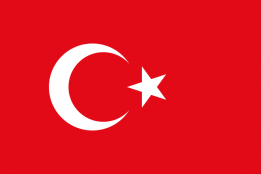 The navy can trace its lineage back to the first Turkish fleets to sail the Aegean in the late 11th century, the fleets of the Anatolian beyliks in the 14th century, and, more immediately, to the Ottoman Navy. However, the modern naval traditions and customs of the Turkish Navy can be traced back to 10 July 1920, when it was established as the Directorate of Naval Affairs during the Turkish War of Independence led by Mustafa Kemal Atatürk. Since July 1949, the service has been officially known as the Turkish Naval Forces.

In 2008, the Turkish Navy had a reported active personnel strength of 48,600; this figure included an Amphibious Marines Brigade as well as several Special Forces and Commando detachments. As of early 2015, the navy operates a wide variety of ships and 51 maritime aircraft. 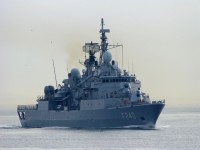