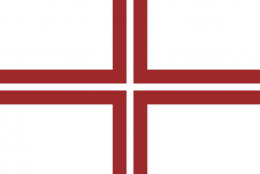 Latvian Naval Forces is the naval warfare branch of the National Armed Forces. It is tasked with conducting military, search and rescue operations, mine and explosive sweeping on the Baltic Sea, as well as ecological monitoring activities. The Naval Forces have participated in international NATO/Partnership for Peace operations and various exercises with great success. The main development priorities of the Naval Forces are to expand their activities within the Baltic States’ Ship Squadron BALTRON and to develop a Sea Surveillance System. They pay a great deal of attention to professionally specialized training and English-language teaching.

When Latvia regained its independence in 1991, it began recreating the Latvian Naval Forces under the command of Admiral (then Captain) Gaidis Zeibots. In 1994 the Naval Forces were composed of the Southern Region (in Liepāja), the Central Region (in Riga), the Coastal Defense Battalion (in Ventspils) and the Training Center (in Liepāja). The most important naval event of these early days of the re-established Latvian Republic occurred on April 11, 1991 when the Latvian flag was hoisted on the re-established Navy's first ship «SAMS». This date is now recognized as the rebirth of the Latvian Naval Forces.

In 1999 the Baltic Naval Squadron (BALTRON) was created with ships from the Lithuanian, Latvian and Estonian Navies. Latvian Navy Captain Ilmars Lesinskis, then the Commander of the Southern District, was appointed to serve as the first commander of this multi-national force.

On July 1, 2004 Latvian Naval Forces were reorganized again and since that time they consist of the Naval Forces Headquarters, Naval Forces Flotilla HQ with subunits and the Coast Guard Service. The new structure organizes personnel training and specialization better than before, as well as shares greater responsibility between commanders.

As part of the program to equip the Naval Forces with modern assets, the first of a new generation of nationally made patrol vessels, made with German assistance, was launched in 2011.