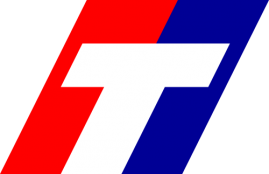 The Coast Guard Administration of the Ocean Affairs Council (CGA) is charged with maintaining law and order, protecting the resources of the territorial waters of the Republic of China (Taiwan), which surrounds Taiwan, Penghu, Kinmen, Matsu Islands, Green Island, Orchid Island, Dongsha Islands, and Nansha Islands as well as providing a first line of defense along coastal areas against smugglers and illegal immigrants. The CGA is considered a civilian law enforcement agency under the administration of Ocean Affairs Council of the Executive Yuan, though during emergencies it may be incorporated as part of the Republic of China Armed Forces.

The Coast Guard Administration is headed by one minister and three deputy ministers. The CGA includes eight departments, one office and five task forces, as well as a Maritime Patrol Directorate General and a Coastal Patrol Directorate General. Its jurisdiction covers the waters surrounding Kinmen, Matzu, Penghu, and the main island of Taiwan to ensure proper protection of the 1,819.8 kilometers coastline and 540,000 square kilometers of «Blue Territory,» which is 15 times larger than the island of Taiwan.