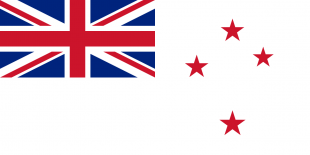 The RNZN is currently in a transitional period where its role is being broadened into a navy that is more versatile than in the more recent past. Formerly combat-oriented and based on the frigate, a number of new ships have been incorporated into the fleet that have given the RNZN a much broader potential platform from which to work.

The New Zealand Government defence white paper released in November 2010 called for an upgrade of the Anzac-class frigates and the replacement of HMNZS Endeavour (decommissioned in December 2017) with a more capable ship. The hydrographic ship, HMNZS Resolution (decommissioned in 2012) and HMNZS Manawanui are to be replaced with a single ship.

During these upgrades the navy suffered from a shortage of skilled staff and lacked the crew to operate an offshore patrol vessel. This is expected to improve as the NZDF's resources are directed to the South Pacific following the end of its commitments to Afghanistan, East Timor and the Solomon Islands. A modest Joint Force Amphibious Capability is planned to be operational in 2015.

In 2016 the Ministry of Defense announced that $493 NZD million has been approved to replace Endeavour with a «maritime sustainment capability ship» built by the same yard as her predecessor, Hyundai Heavy Industries. The replacement, to be named HMNZS Aotearoa, will displace 24,000 tonnes and will be ice-strengthened.

In August 2018, it was announced that a new hydrographic and diving support vessel has been procured to replace the decommissioned HMNZS Resolution and HMNZS Manawanui. This vessel, the Norwegian built MV Edda Fonn, was purchased second-hand as a means of ensuring a faster entry into service than a new-build ship. Edda Fonn was operating under lease in the North Sea when procured, and is currently undergoing conversion for its new role in the RNZN. The converted ship will be named HMNZS Manawanui, and is expected to be commissioned by the end of 2019. 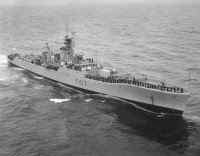