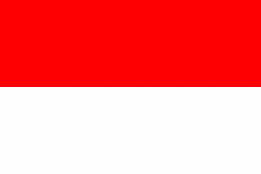 The Indonesian Navy (Indonesian: Tentara Nasional Indonesia-Angkatan Laut, TNI-AL) was founded on 10 September 1945. Its role is to patrol Indonesia's lengthy coastline, to enforce and patrol the territorial waters and Exclusive Economic Zone (EEZ) of Indonesia, to protect Indonesia's maritime strategic interests, to protect the islands surrounding Indonesia, and to defend against seaborne threats.

All commissioned ships of the TNI-AL have the prefix KRI, standing for Kapal Republik Indonesia (Republic of Indonesia Ship).