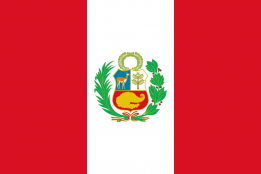 The Marina de Guerra del Perú celebrates the anniversary of its creation in 1821 on October 8 and also commemorates the decisive Battle of Angamos, the final part of the naval campaign of the War of the Pacific between Peru and Chile at the end of 1879.

In 2018, a modernization program was initiated to upgrade Peru's Type 209/1200 submarines, the BAP Chipana, BAP Angamos, BAP Antofagasta and BAP Pisagua, with a contract with ThyssenKrupp Marine Systems being made for further assistance with SIMA.

Naval Forces are subordinated to the Ministry of Defense and ultimately to the President as Commander-in-Chief of the Peruvian Armed Forces. They are organized as follows:

Amazon Operations General Command, tasked with river patrolling in the Peruvian portion of the Amazon Basin.