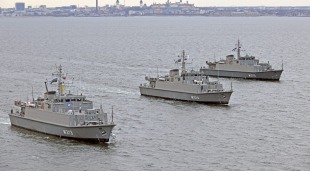 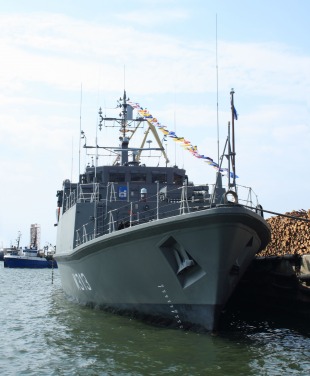 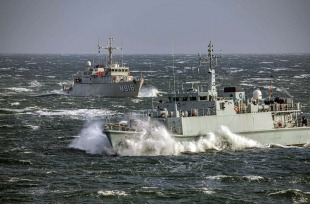 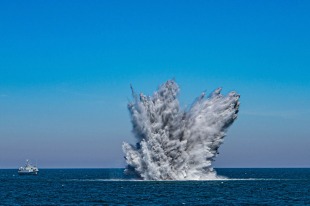 The Sandown class is a class of fifteen minehunters built primarily for the Royal Navy by Vosper Thornycroft. The Sandown class also serve with the Royal Saudi Navy and the Estonian Navy. The first vessel was commissioned into Royal Navy service on 9 June 1989 and all the British ships are named after coastal towns and cities. They have a secondary role as offshore patrol vessels.

These small (53 m (174 ft)) fibreglass vessels are single role mine hunters (SRMH) rather than minesweepers. Twelve ships were built for the Royal Navy and three ships were exported to Saudi Arabia. Three Royal Navy vessels were decommissioned following the Strategic Defence Review in 2003; Sandown (January 2005), Inverness (April 2005) and Bridport (July 2004). A further ship, Cromer, was decommissioned and transferred to a training role at the Britannia Royal Naval College in Dartmouth in 2001 as Hindostan.

The three decommissioned vessels were sold to Estonia in September 2006. They were re-equipped with TCS (Tactical Control System) and the Atlas Elektronik Seafox ROV for mine disposal. The sonar system will also be updated. The first ship (ex-Sandown), delivered in 2007, has been named Admiral Cowan, the second (ex-Inverness), was delivered in 2008 and named Sakala and the last (ex-Bridport) named Ugandi in 2009. 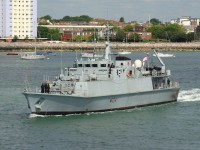 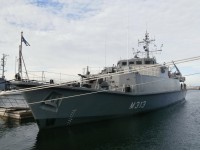