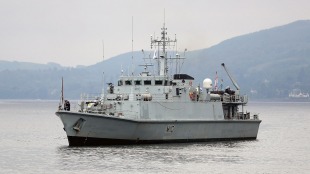 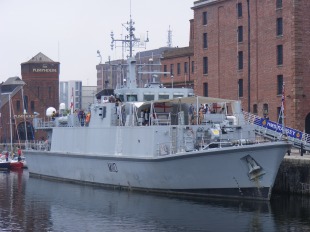 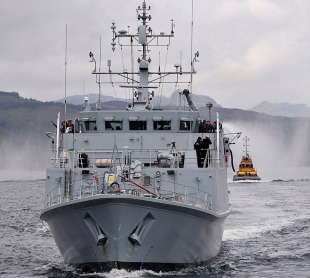 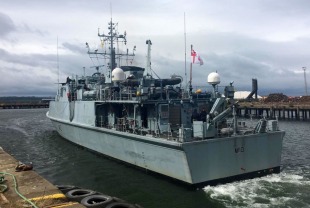 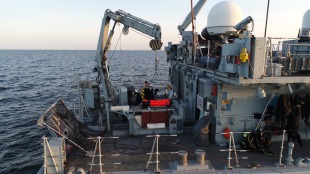 HMS Ramsey is a Sandown-class minehunter of the British Royal Navy. Like other vessels of the Sandown class, Ramsey is built of glass-reinforced plastic and other non-magnetic materials so that her hull does not trigger mines as easily as standard warships.

She is the third vessel of the Royal Navy named after the eponymous town on the Isle of Man. On 11 March 2009, Ramsey and her sister ship Blyth returned from a 2 1⁄2-year deployment in the Middle East to their home port at HMNB Clyde. During this time the crews of those ships were rotated on and off with eight different crews based in the UK.[5] She set sail for another deployment in the Middle East on 11 March 2011.