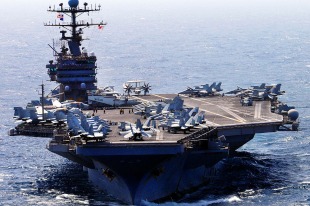 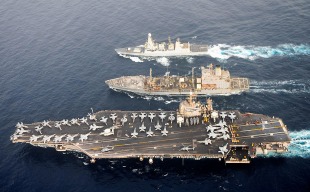 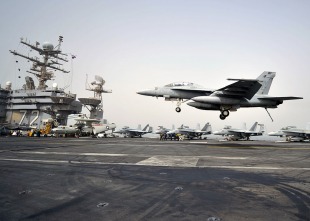 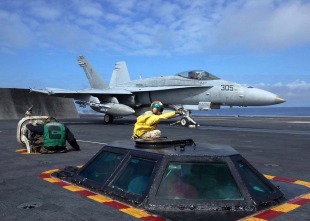 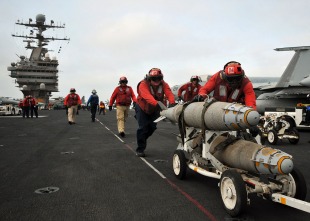 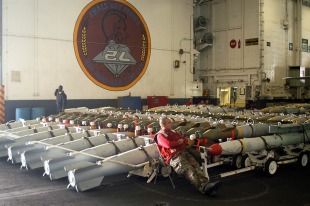 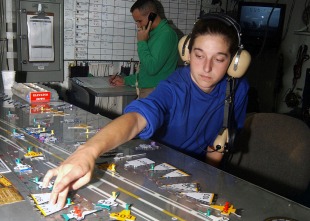 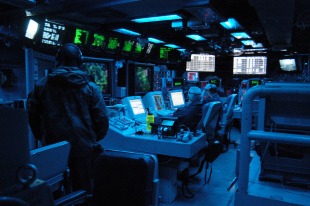 Namesake:
Abraham Lincoln (February 12, 1809 – April 15, 1865) was an American statesman and lawyer who served as the 16th President of the United States from March 1861 until his assassination in April 1865.
Operator:

USS Abraham Lincoln (CVN-72) is the fifth Nimitz-class aircraft carrier in the United States Navy. She is the second Navy ship to have been named after former President Abraham Lincoln. Her home port is Norfolk, Virginia, and she is a member of the United States Atlantic Fleet. She is administratively responsible to Commander, Naval Air Forces Atlantic, and operationally served as the flagship of Carrier Strike Group Nine and host to Carrier Air Wing Two until 2012. She was returned to the fleet on 12 May 2017, marking the successful completion of her refueling and complex overhaul (RCOH) carried out at Newport News Shipyard.