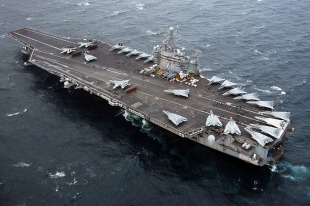 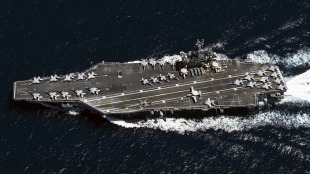 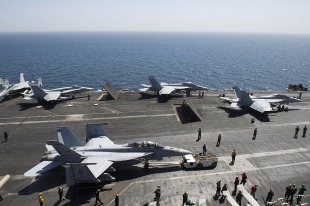 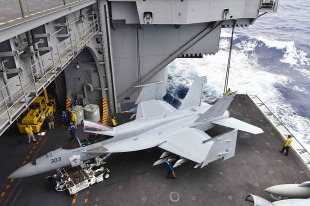 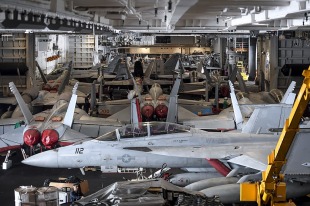 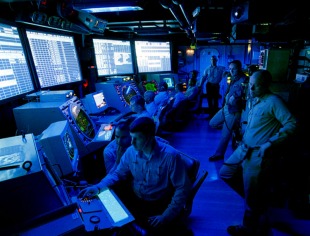 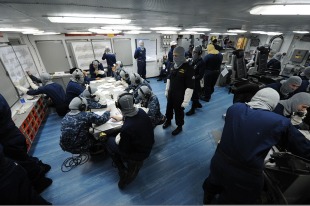 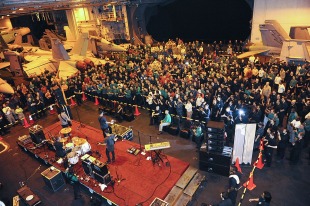 USS Theodore Roosevelt (CVN-71) (also known by crewmembers as «the Big Stick» or within the US Navy simply as TR) is the fourth Nimitz-class aircraft carrier. Her radio call sign is Rough Rider, the nickname of President Theodore Roosevelt's volunteer cavalry unit during the Spanish–American War. She was launched in 1984, and saw her first action during Operation Desert Storm in 1991.

Initially, U.S. President Gerald Ford cancelled the order for CVN-71 in 1976 and substituted two CVV-type medium-sized, conventional-powered carriers that were expected to operate V/STOL aircraft. The existing T-CBL design formed the basis for the new CVV, serving as a replacement for the aging Midway-class aircraft carrier, while capable of operating all existing conventional carrier aircraft. This capability to operate conventional aircraft proved important as the hoped-for supersonic V/STOL fighters did not come to fruition at the time. In any case, construction of the proposed CVV medium-sized carrier never took place.

Authorization for CVN-71 was further delayed when President Jimmy Carter vetoed the 1979 Fiscal Year Department of Defense authorization bill because of the inclusion of this Nimitz-class nuclear supercarrier in the U.S. Navy's shipbuilding program. Because of the Iran hostage crisis which required the increased deployment of U.S. aircraft carrier battle groups to the Indian Ocean, President Carter reversed his stand on Nimitz-class nuclear supercarriers, and CVN-71 was subsequently authorized under the 1980 Fiscal Year authorization bill for the U.S. Department of Defense.