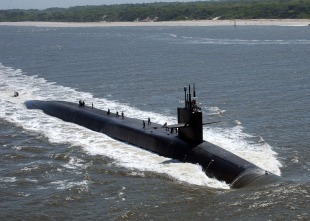 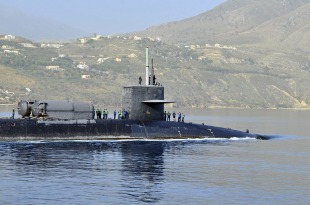 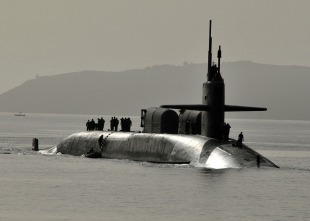 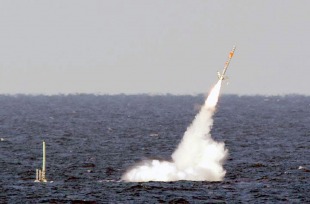 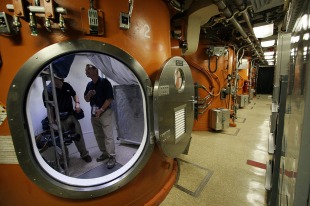 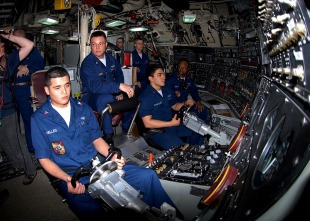 The contract to build her was awarded to the Electric Boat Division of General Dynamics Corporation in Groton, Connecticut, on 28 February 1975 and her keel was laid down on the bicentennial of the United States independence, 4 July 1976. The boat was unnamed at the keel-laying ceremony.

The initial ship's crew formed the precommissioning unit on 8 July 1980. The first shipboard watches were stationed on 14 February 1981 to support the operational control transfer of engineering systems to ship's force control. The Secretary of the Navy finally named her on 19 January 1981.

Florida was launched on 14 November 1981 sponsored by Mrs. Marcia M. Carlucci, wife of then Deputy Secretary of Defense Frank Carlucci. The reactor was initially taken critical on 13 November 1982; the ship went into service and the crew moved onboard on 21 January 1983. Florida commenced initial builders' sea trials on 21 February 1983 and was subsequently delivered to the Navy on 17 May 1983, 43 days ahead of schedule. She was commissioned on 18 June 1983, with Captain William L. Powell in command of the Blue Crew and Captain George R. Sterner in command of the Gold Crew.