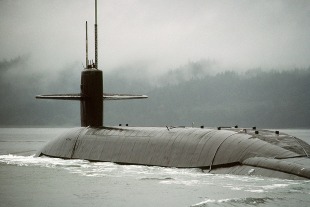 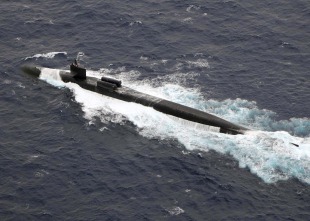 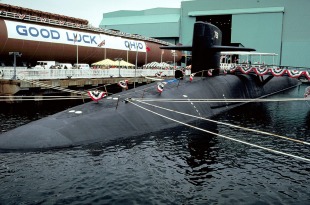 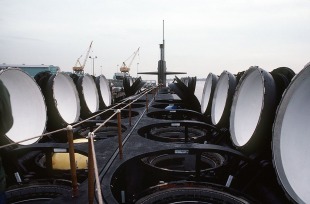 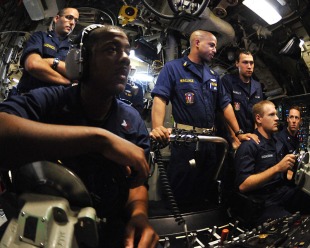 USS Ohio (SSBN-726/SSGN-726), the lead boat of her class of nuclear-powered fleet ballistic missile submarines, was the fourth vessel of the United States Navy to be named for the 17th state. She was commissioned with the hull designation of SSBN-726, and with her conversion to a guided missile submarine she was re-designated SSGN-726.

Original plans called for Ohio to be retired in 2002. Instead, Ohio and three sister ships were modified and remain in service as conventional missile submarines (SSGNs). In November 2003 Ohio entered drydock, beginning a 36-month refueling and conversion overhaul. Electric Boat announced on 9 January 2006 that the conversion had been completed.