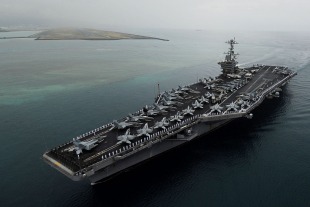 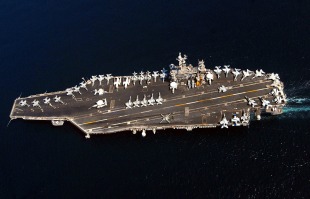 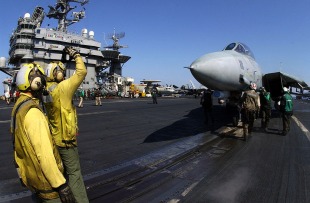 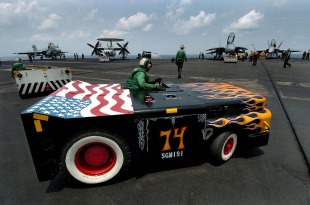 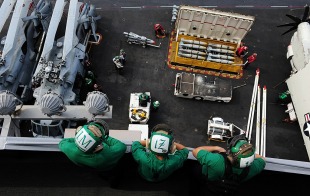 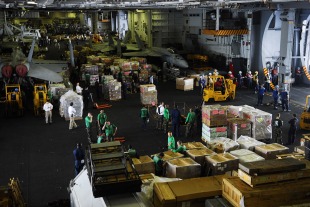 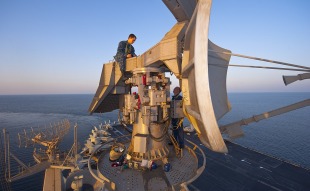 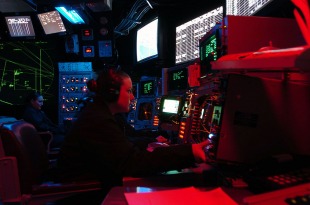 Namesake:
John Cornelius Stennis (August 3, 1901 – April 23, 1995) was a U.S. Senator from the state of Mississippi. He was a Democrat who served in the Senate for over 41 years, becoming its most senior member for his last eight years. He retired from the Senate in 1989.
Country of build:
Builder:
builder: Newport News Shipbuilding & Drydock
Operator:

USS John C. Stennis (CVN-74) is the seventh Nimitz-class nuclear-powered supercarrier in the United States Navy, named for Senator John C. Stennis of Mississippi. She was commissioned on 9 December 1995. Her home port is Bremerton, Washington.

The air wing can engage enemy aircraft, submarines, and land targets, or lay mines hundreds of miles from the ship. John C. Stennis's aircraft are used to conduct strikes, support land battles, protect the battle group or other friendly shipping, and implement a sea or air blockade. The air wing provides a visible presence to demonstrate American power and resolve in a crisis. The ship normally operates as the centerpiece of a carrier battle group commanded by a flag officer embarked upon John C. Stennis and consisting of four to six other ships.

John C. Stennis's two nuclear reactors give her virtually unlimited range and endurance and a top speed in excess of 30 knots (56 km/h, 34.5 mph). The ship's four catapults and four arresting gear engines enable her to launch and recover aircraft rapidly and simultaneously. The ship carries approximately 3 million US gallons (11,000 m3) of fuel for her aircraft and escorts, and enough weapons and stores for extended operations without replenishment. John C. Stennis also has extensive repair capabilities, including a fully equipped Aircraft Intermediate Maintenance Department, a micro-miniature electronics repair shop, and numerous ship repair shops.