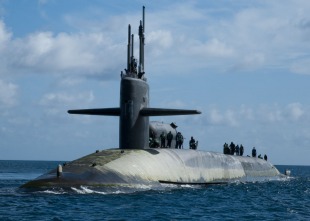 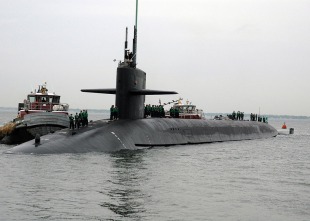 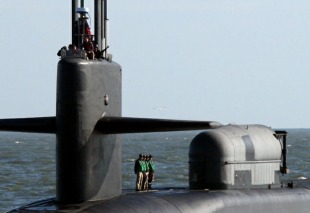 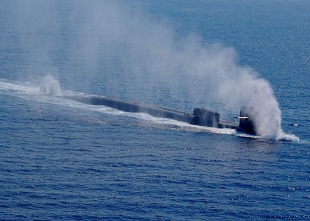 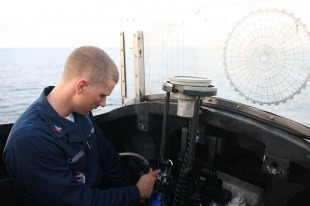 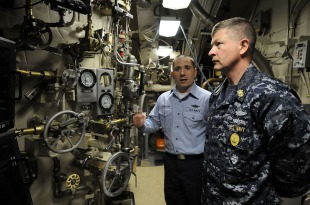 USS Georgia (SSBN-729/SSGN-729), an Ohio-class submarine, is the second ship of the United States Navy to be named for the fourth state.

The contract to build her was awarded to the Electric Boat Division of General Dynamics Corporation in Groton, Connecticut on 20 February 1976 and her keel was laid down on 7 April 1979. She was launched on 6 November 1982 sponsored by Mrs. Sheila M. Watkins, and commissioned as a fleet ballistic missile submarine (SSBN) on 11 February 1984, with Captain A. W. Kuester commanding the Blue crew and Captain M. P. Gray commanding the Gold crew. This ship was later converted to a guided missile submarine (SSGN) for carrying guided cruise missiles instead of fleet ballistic missiles in its missile compartment.