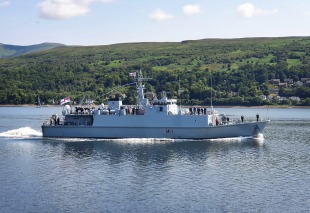 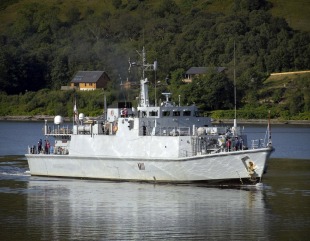 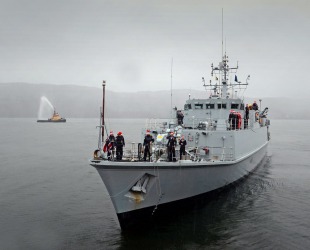 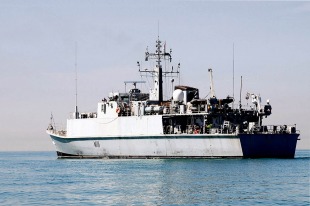 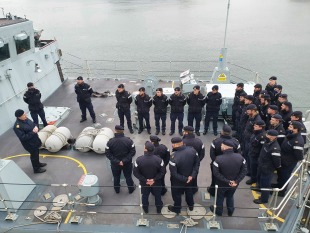 HMS Blyth is a Sandown-class minehunter of the British Royal Navy. She is the second vessel to bear the name. The first being a Bangor-class minesweeper of the Second World War, pennant number J15.

Along with her sister ship, Ramsey, she was deployed to the Middle East on Operation Aintree in 2007 and 2008 to test the class capabilities in the hot climate and maintain force operational capability in the region. Crews from other Sandown-class vessels were rotated through the two ships.

HMS Blyth is now permanently based at HMS Jufair as part of 4 Minehunters of 9th Mine Countermeasures Squadron supported by a Royal Fleet Auxiliary Bay Class on Operation Kipion.