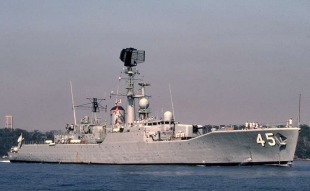 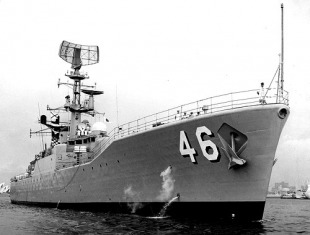 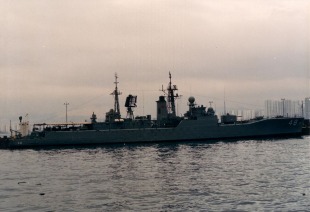 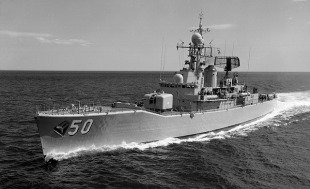 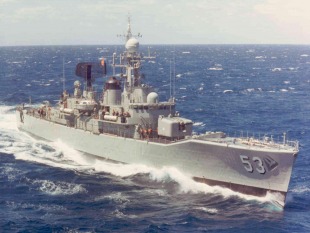 In August 1950, the Australian government announced plans to acquire a new class of anti-submarine warfare frigates, based on the British Type 12M (or Rothesay class) frigate design. Originally six were planned, with construction to be split between Cockatoo Island Dockyard in Sydney and Williamstown Naval Dockyard in Melbourne, but only four were approved. The first two ships, Parramatta and Yarra, were based directly on the Rothesay class, with changes to fire control system, air warning radar, and habitability to meet RAN operating conditions. The second pair, Stuart and Derwent, were modified to carry a variable-depth sonar over the stern. Although originally classified as frigates, the ships' designation was later changed to destroyer escort.

In 1964, the aircraft carrier Melbourne collided with the destroyer Voyager, resulting in the destroyer's sinking. In order to replace the lost capability, the Australian government ordered another two River-class ships, Swan and Torrens. Unlike the previous four, the new ships were based on the more advanced Type 12I (or Leander class) design.

Weapons fit for the first four ships at commissioning consisted of two 4.5 inch Mark 6 guns in a single twin turret, two 40 mm Bofors in a twin mount, and two Limbo anti-submarine mortars. During the 1960s, a quadruple Sea Cat anti-aircraft missile launcher was fitted in place of the Bofors, and one of the Limbo mortars was removed in favour of an Ikara missile launcher. Stuart was the first RAN ship fitted with Ikara, and Derwent the first to carry Sea Cat. In the early 1990s, the missile systems were removed from all active Rivers, with an Army RBS 70 unit available for use if required. 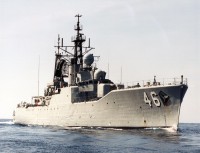 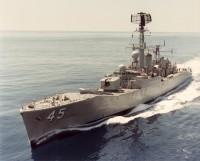 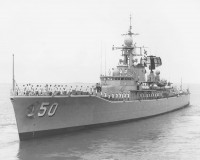