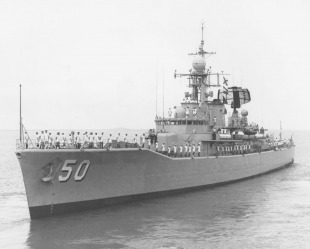 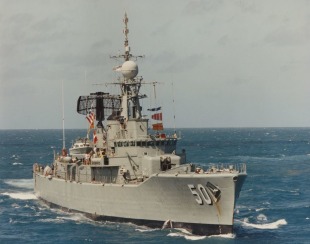 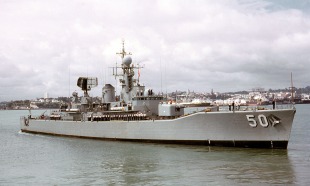 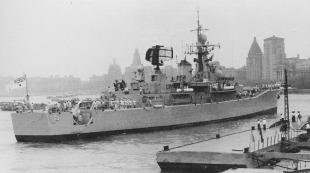 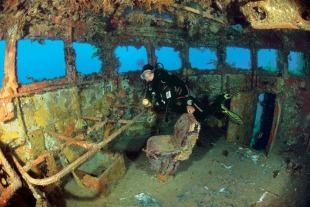 Namesake:
The Swan River is a river in the south west of Western Australia.
Operator:

HMAS Swan (DE 50), named for the Swan River, was a River-class destroyer escort (a licence-built Type 12I frigate) of the Royal Australian Navy (RAN). Constructed in Melbourne following the loss of HMAS Voyager, Swan entered service in 1970.

During her career, the ship was deployed to South East Asia on several occasions as part of ANZUK forces. She was modernised in the mid-1980s, then was assigned to the recently opened west coast naval base HMAS Stirling. Following the integration of women into the RAN, Swan was the site of sexual harassment and discrimination claims, leading to an Australian Defence Force-wide inquiry.

Swan paid off in 1996, and was sunk as a dive wreck off the coast of Dunsborough, Western Australia at the end of 1997.