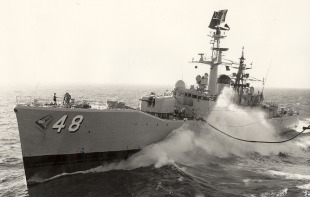 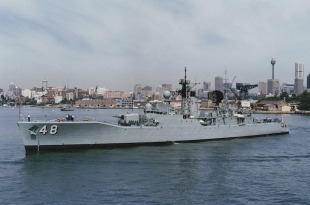 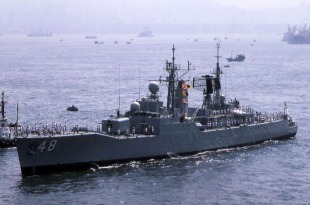 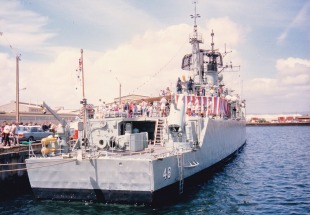 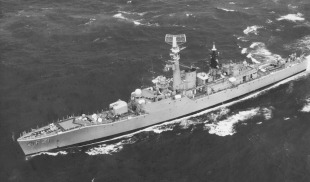 HMAS Stuart (F21/DE 48) was one of six River-class destroyer escorts (a licence-built Type 12M frigate) built for the Royal Australian Navy (RAN). The ship was laid down by the Cockatoo Docks and Engineering Company at Cockatoo Island Dockyard in 1959, and commissioned into the RAN in 1963.

During the ship's career, Stuart achieved a number of historical firsts: she was the first RAN ship to fly the Australian White Ensign, and the first major vessel to be homeported at Fleet Base West.

Stuart was paid off in 1991, a year later than originally planned; RAN commitments to the Gulf War saw several warships deployed to the Middle East, and Stuart was retained in service to boost local defence. The destroyer escort was sold for scrapping.