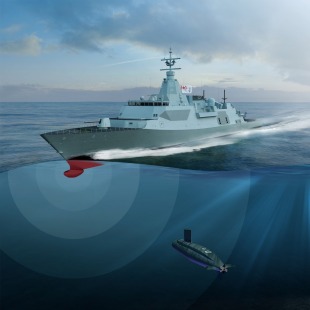 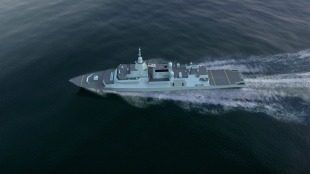 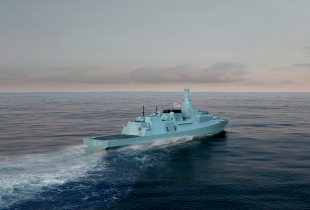 The Canadian Surface Combatant, formerly the Single Class Surface Combatant Project is the name given to the procurement project that will replace the Iroquois and Halifax-class warships with up to 15 new ships beginning in the mid to late 2020s as part of the National Shipbuilding Procurement Strategy.

The replacement vessels will be somewhat larger than the existing Halifax class, and presumably provide a wide-area air defence capability, anti-submarine warfare capability, as well as anti-shipping capability.

In October 2018, the group led by BAE Systems and Lockheed Martin Canada and offering the Type 26, were selected as the preferred design.

In February 2019, the design and design team for Canada's future surface combatant had determined and the corresponding contracts were awarded.

Given the need to fully develop the Canadian design, tool up the shipyard and first complete the preceding eight-vessel Arctic Offshore Patrol Ship project, the currently envisaged start date for construction is in 2024 with the first vessel probably not entering service until the early 2030s.

The last ship is expected to have been delivered, commissioned and upgraded to have complete operational capability by the late 2040s.