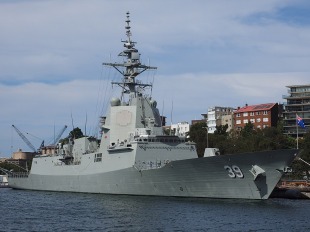 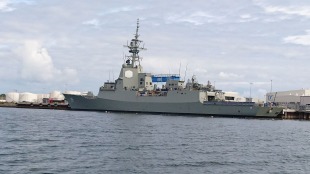 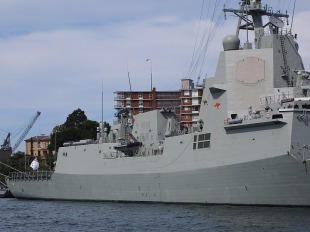 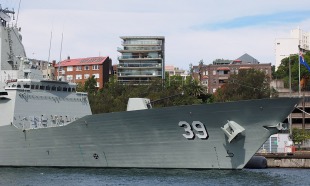 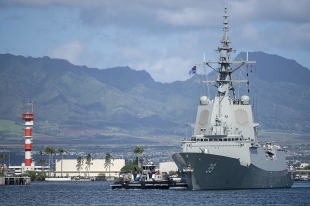 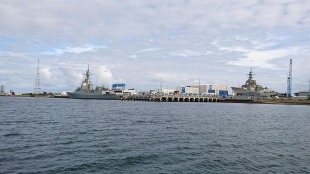 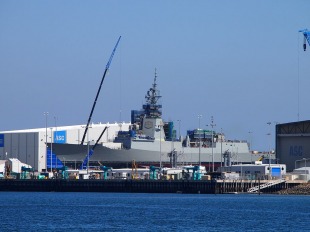 The Hobart class is a ship class of three air warfare destroyers (AWDs) being built for the Royal Australian Navy (RAN). Planning for ships to replace the Adelaide-class frigates and restore the capability last exhibited by the Perth-class destroyers began by 2000, initially under acquisition project SEA 1400, which was re-designated SEA 4000. Although the designation «Air Warfare Destroyer» is used to describe ships dedicated to the defence of a naval force (plus assets ashore) from aircraft and missile attack, the planned Australian destroyers are expected to also operate in anti-surface, anti-submarine, and naval gunfire support roles.

Planning for the Australian Air Warfare Destroyer (as the class was known until 2006) continued through the mid-2000s, with the selection of the Aegis combat system as the intended combat system and ASC as the primary shipbuilder in 2005. In late 2005, the AWD Alliance was formed as a consortium of the Defence Materiel Organisation (DMO), ASC, and Raytheon. Between 2005 and 2007, Gibbs & Cox's Evolved Arleigh Burke-class destroyer concept and Navantia's Álvaro de Bazán-class frigate competed for selection as the AWD design. Although the Arleigh Burke design was larger and more capable, the Álvaro de Bazán design was selected in June 2007 as it was an existing design, and would be cheaper, quicker, and less risky to build.

Three ships were ordered in October 2007, and will be assembled at ASC's facility in Osborne, South Australia, from 31 pre-fabricated modules (or 'blocks'). An option to build a fourth destroyer was included in the original contract, but has not been exercised. ASC, NQEA Australia, and the Forgacs Group were selected in May 2009 to build the blocks, but within two months, NQEA was replaced by BAE Systems Australia. Construction errors and growing delays led the AWD Alliance to redistribute the construction workload in 2011, with some modules to be built by Navantia. Increasing slippage has pushed the original planned 2014-2016 commissioning dates out by at least three years, with lead ship Hobart to be completed by June 2017, Brisbane in September 2018, and Sydney by March 2020. The AWD Alliance, Navantia, and the involved shipyards have been criticised for underestimating risks, costs, and timeframes; faulty drawings and bad building practices leading to repeated manufacturing errors; and blame-passing. The alliance concept has been panned for having no clear management structure or entity in charge, and having the DMO simultaneously acting as supplier, build partner, and customer for the ships.