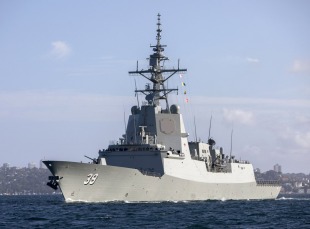 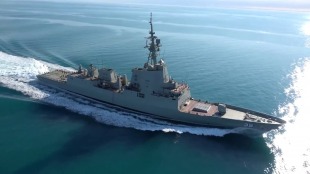 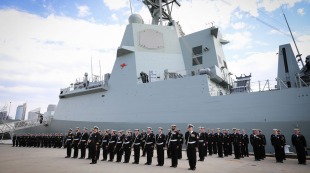 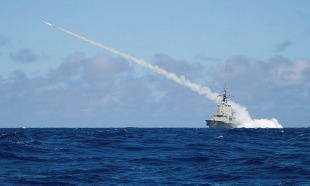 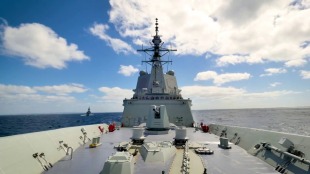 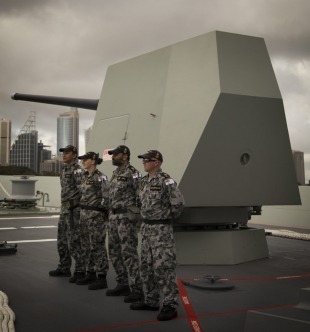 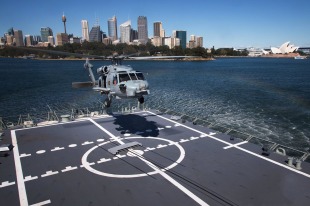 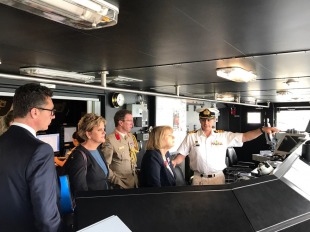 Namesake:
Hobart is the capital and most populous city of the Australian island state of Tasmania. With a population of approximately 225,000 (over 40% of Tasmania's population), it is the least populated Australian state capital city.
Operator:

HMAS Hobart (DDG 39), named after the city of Hobart, Tasmania, is the lead ship of the Hobart-class air warfare destroyers used by the Royal Australian Navy (RAN). The ship, based on the Álvaro de Bazán-class frigate designed by Navantia, was built at ASC's shipyard in Osborne, South Australia from modules fabricated by ASC, BAE Systems Australia in Victoria, and Forgacs Group in New South Wales. Hobart was ordered in 2007, but errors and delays in construction have caused extensive schedule slippage. Despite commissioning initially planned for December 2014, the ship was not laid down until September 2012, and launched in May 2015. Department of Defence accepted delivery of HMAS Hobart on 16 June 2017. The ship was commissioned on 23 September 2017.