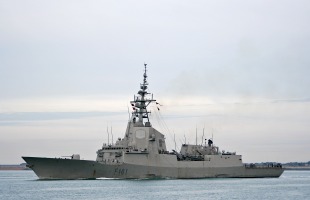 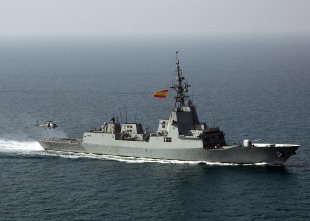 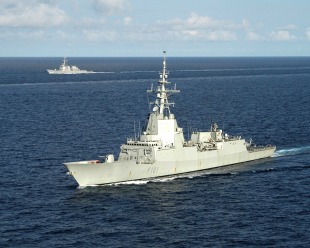 In late 2005, Álvaro de Bazán was deployed as part of the USS Theodore Roosevelt aircraft carrier battle group in the Persian Gulf. This was the first deployment of a Spanish warship as part of an American naval battle group.

In early March 2007, Álvaro de Bazán became the first Spanish warship to visit Australia in 150 years. The deployment included several port visits, and was performed to support Navantia's bid to design the Hobart-class destroyer for the Royal Australian Navy. The ship was also visiting Australia as part of the first circumnavigation of the globe by a Spanish warship in 142 years.