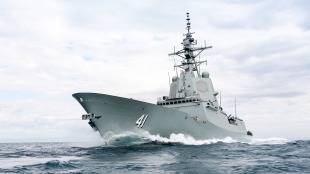 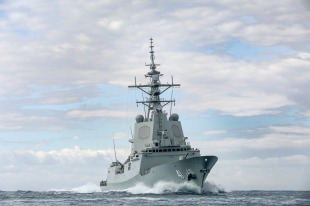 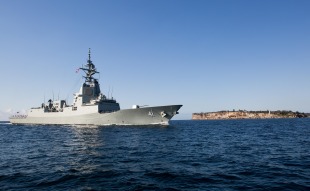 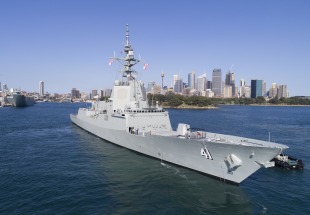 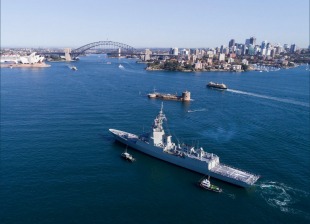 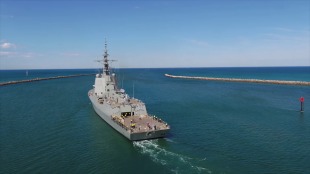 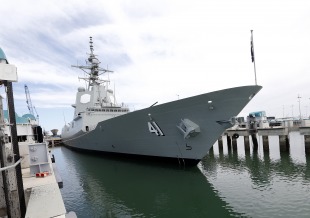 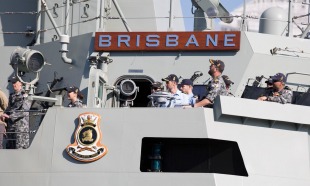 HMAS Brisbane (DDG 41), named after the city of Brisbane, Queensland, is the ship of the Hobart-class air warfare destroyers used by the Royal Australian Navy (RAN). The ship, based on the Álvaro de Bazán-class frigate designed by Navantia, was built at ASC's shipyard in Osborne, South Australia from modules fabricated by ASC, BAE Systems Australia in Victoria, and Forgacs Group in New South Wales.