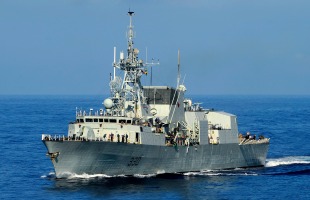 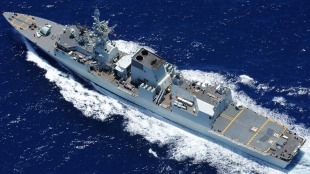 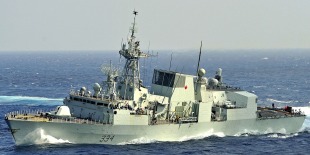 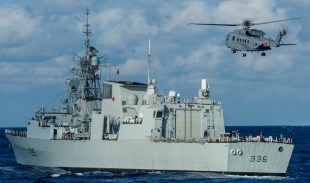 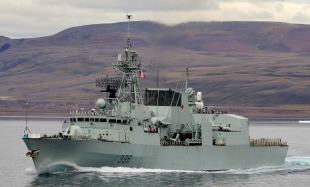 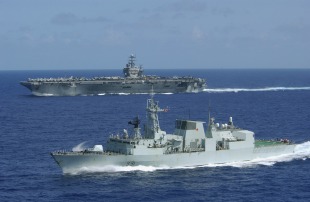 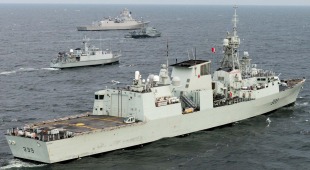 The Halifax-class frigate, also referred to as the City class, is a class of multi-role patrol frigates that have served the Royal Canadian Navy since 1992. The class is the outcome of the Canadian Patrol Frigate Project, which dates to the mid-1970s. HMCS Halifax was the first of an eventual twelve Canadian-designed and Canadian-built vessels which combine traditional anti-submarine capabilities with systems to deal with surface and air threats as well. All ships of the class are named after a major city in each province (St. John's, Halifax, Charlottetown, Fredericton, Québec City, Toronto, Winnipeg, Regina, Calgary and Vancouver) plus the cities of Ottawa and Montreal.

In 2007, the Government of Canada announced a planned refit of the Halifax class which is known as the Halifax Class Modernization Project (HCMP) of which the Frigate Equipment Life Extension (FELEX) project is a part. In November 2008, a Lockheed Martin Canada-led team including Saab AB, Elisra, IBM Canada, CAE Professional Services, L-3 Electronic Systems and xwave, was awarded the contract. The construction phase of the program was completed in November 2016. As of May 2021, the Halifax-class modernization program is being closed out, but full operational capacity was reached on 31 January 2018.

In October 2011 the Canadian government launched the National Shipbuilding Procurement Strategy which aims to replace the Halifax class, as well as the capabilities of the Iroquois-class destroyers, with up to 15 new warships under the Canadian Surface Combatant. This replacement class is currently in the design stage and construction is anticipated to begin in the early 2020s. However, the Halifax-class vessels continue to be upgraded with at least some ships of the class anticipated as likely to continue service into the 2040s. 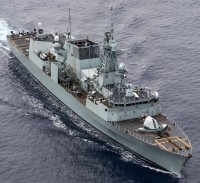