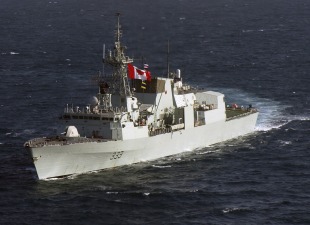 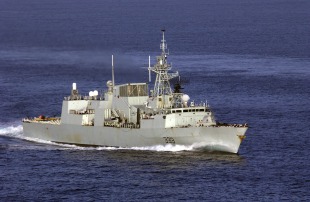 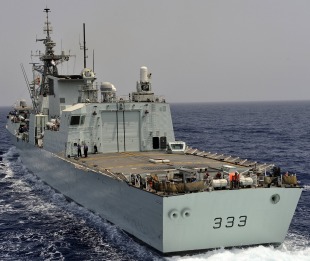 HMCS Toronto (FFH 333) is a Halifax-class frigate that has served in the Canadian Forces since 1993. Toronto is the fourth ship in her class which is the name for the Canadian Patrol Frigate Project. She is the second RCN ship to be named for Canada's largest city. When not on operations she is assigned to Maritime Forces Atlantic (MARLANT) and is based at CFB Halifax. Toronto serves on MARLANT missions protecting Canada's sovereignty in the Atlantic Ocean and enforcing Canadian laws in its territorial sea and exclusive economic zone.