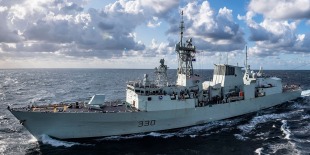 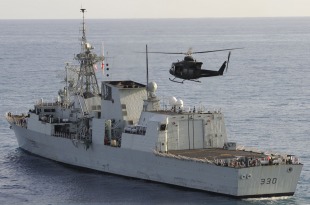 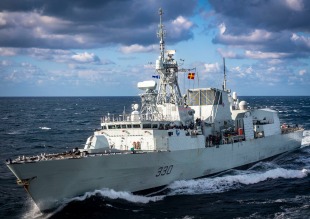 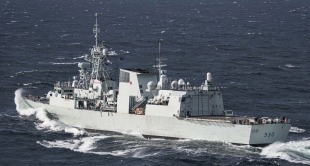 HMCS Halifax (FFH 330) is a Halifax-class frigate that has served in the Royal Canadian Navy and Canadian Forces since 1992. Halifax is the lead ship in her class which is the name for the Canadian Patrol Frigate Project. She is the second vessel to carry the designation HMCS Halifax. She carries the hull classification symbol FFH 330.

She is assigned to Maritime Forces Atlantic (MARLANT) and is homeported at CFB Halifax in her namesake city, Halifax, Nova Scotia, a name that was also borne by HMCS Halifax (K237), a Flower-class corvette during the Second World War as well as the first warship built in Halifax, HMS Halifax (1768).