Summarizing the results of the outgoing year, I would like to note that 2016 can be considered a year of gas powered vessels. The editorial staff of the Shipshub constantly monitored the descent of ships with bi-fuel power plants, so this year we rightly consider the most productive in the construction of gas-powered vessels.

The whole world is gradually moving towards more environmentally friendly transport, and the army of scientists is constantly looking for alternative sources of energy. The shipbuilding industry is also taking all sorts of steps to provide minimal impact on the environment.

While the most popular among shipbuilders is a two-fuel engine running on liquefied natural gas and diesel fuel. Such power units proved to be so successful that in 2016 more than 100 vessels of various types were commissioned. In this publication, let us consider seven vessels worthy of attention.

The world's first gas-powered vessel working on methanol was the chemical tanker Lindanger. Built on the Hyundai shipyard and equipped with the MAN B & W 6G50ME-9,3 ME-LGI engine, the vessel can operate on methanol, fuel oil, marine diesel oil and diesel fuel. The tanker with a displacement of 50 thousand tons intended for transportation of oil products received the designation of the Lloyd's Register DNV GL LFL FUELLED. With the growing demand for environmentally friendly marine fuel, methanol is one of the most effective and promising alternative fuels for ships and ships, which corresponds to the most stringent emission standards. The tanker Lindanger became the first in a series of seven vessels to be chartered by the shipping company Waterfront. 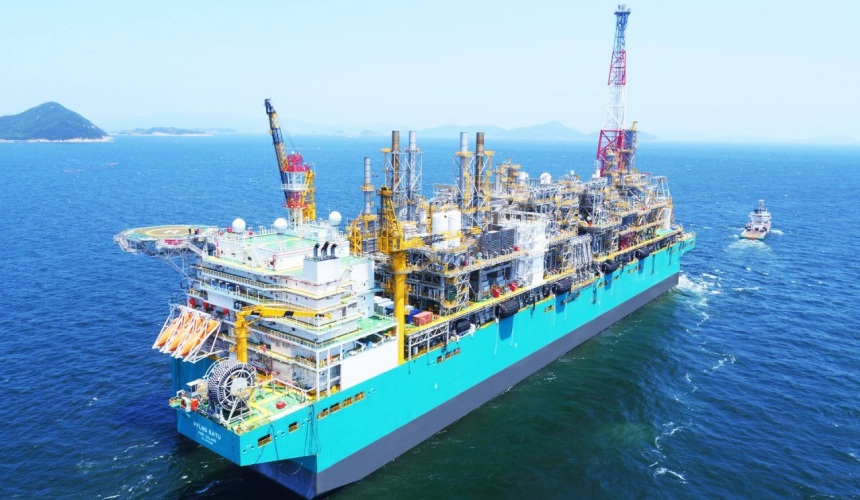 This year became significant for the world's first new type of vessel FLNG, a floating gas storage facility capable of producing natural gas and shipping LNG owned by PETRONAS and built at the South Korean shipyard Daewoo Shipbuilding & Marine Engineering. The unique vessel «PFLNG SATU» with a length of 365 m and a width of 60 m corresponds to the size of three and a half fields. In the hull of the vessel there are storage tanks for 180 thousand cubic meters of liquefied natural gas and 20 thousand cubic meters of condensate.

It is worth noting the appearance in 2016 of the world's first super-large ethane carrier Ethane Crystal with its unique ability to transport several cargoes — ethane and LNG. With a cargo capacity of 87,000 cubic meters, the ship is a significant step forward compared to the largest ethane trucks, being built today, and having only 37 thousand cubic meters. This tanker was the first to use a specially developed membrane of the GTT Mark III protective system. The truck was built at the shipyard of Samsung Heavy Industries and is the first of six super-large ethanol plants for the Indian company Reliance Industries Ltd. Need to mark, that to vessels transporting ethane very high safety requirements are put forward. Compared with methane or propane, it is more explosive and fire-hazardous. Has a narcotic effect, which is weakened by insignificant solubility in water and blood. The hazard class is the fourth. The main trade route of the super-large ethane carrier Ethane Crystal runs between North America and India, transporting gas as a raw material for petrochemical production.

The world's first gas powered passenger vessel was the cruise liner AIDAprima. This is the most environmentally friendly liner company Carnival Corporation. The heart of the vessel is a bi-fuel power plant, which operates in addition to diesel fuel in the world's cleanest fossil fuels. With a displacement of 124 thousand tons, the liner accommodates 3,300 passengers. In 2020, Carnival Corporation plans to make an environmental breakthrough by launching passenger ships that fully operate on liquefied natural gas.

The world's first gas powered vehicles carrier was Auto Eco. Its MAN B & W 8S50ME-C8.2-GI bi-fuel power system allows a two-week flight without LNG refueling. The ship not only meets the standards of existing emissions, but also surpasses them, allowing to enter the ports of the whole world,and even safely move in icy water. To this end, the ship has an ice class Super 1A Finish/Swedish. With a length of 181 meters and a displacement of 42,000 tons, the car will become a frequent visitor in the ports of the Baltic Sea.

The world's first dragger working on natural gas was the suction-cutting dredger Minerva. The vessel was launched at the Royal IHC Dutch shipyard. The bi-fuel power plant of the dredger has the designation Clean Design, which meets the most stringent international requirements for environmental conservation. On November 10, 2016, the creators of the unique vessel were awarded the Innovation Award for the successful implementation of the new concept. The official denomination and transfer of the dragger will take place in the spring of 2017 in the Belgian Zeebrugge. 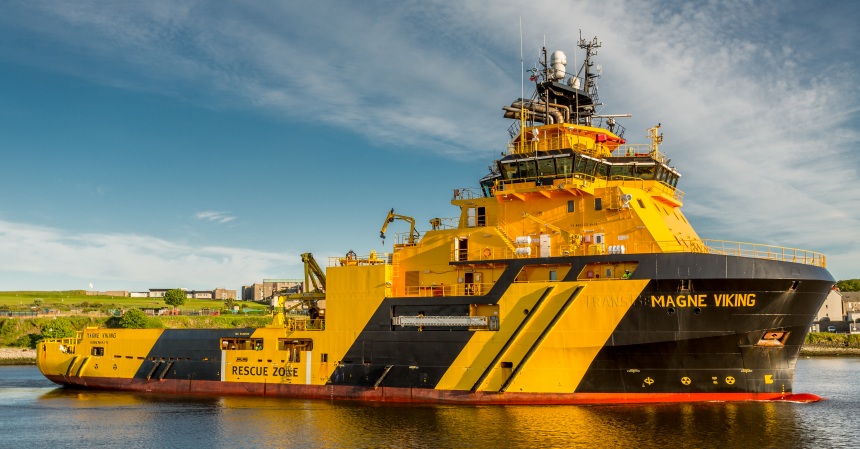 The world's first gas powered vessel was the supply tug Magne Viking. In addition, it is designed to perform work in severe arctic and subarctic latitudes. The owner of the unique vessel is the company Viking Supply Ships.

Four MSC liners have become larger
MSC (Mediterranian Shipping Company), founded in 1970, is the world's second largest shipping company. In 1980, for the purpose of serving tourists, the MSC Cruises division was founded, which by that time had only three passenger ships. Today the fleet of vessels has grown significantly and has 13 units and several thousand employees. It is headed...

The most modern hospital ship
Disinterested people who are ready to help their knowledge or finances to other people are now very rare. All are solely engaged in their own concerns, aimed at increasing their well-being. And what about the children who do not have money, not even money for treatment, there is not even an elementary hospital in which they can seek medical help. N...

Cruise liner Oasis of the Seas went out for sea trials
Recently, on June 15, 2009, the world's largest cruise ship Oasis of the Seas, commissioned by the Royal Caribbean International travel company, left the port of Turku, Finland for sea trials. Above the passenger ship circled an aerostat, which was to become a new attraction amidst the entertainment of a large liner, but he fell into the water. Mos...

World shipbuilding falls into crisis
World shipbuilding continues to enter the crisis, with a sharp decline in the number of new ships to surrender in the period from 2014 to 2015. In 2011, the fourth largest company in the world in terms of tonnage delivered to customers was the Chinese company Dalian Shipbuilding (Korean Hyundai Heavy Industries, Samsung Heavy Industries and Daew...
No comments yet
Log in or Register to write comments
shipshub.com © 2008 - 2023