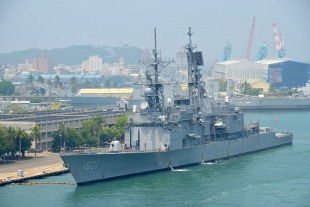 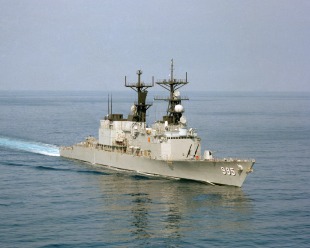 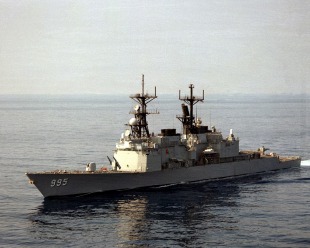 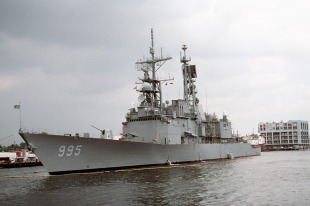 ROCS Kee Lung (DDG 1801) is the lead ship of her class of guided-missile destroyers currently in active service of Republic of China Navy.

Kee Lung, along with her three sister ships, is the largest destroyer and second largest ship in displacement ever in Republic of China Navy service, only smaller than ROCS Hsu Hai (LSD 193), a dock landing ship. Kee Lung was re-fitted for service in the ROCN at Detyen's Shipyard in North Charleston, South Carolina. She was formally commissioned on 17 December 2005 along with sister ship ROCS Su Ao (DDG 1802).

Kee Lung is the only one of her sister ships to be equipped with LAMPS III system and flight deck strengthened. This enables Kee Lung to carry up to two of the more capable Sikorsky S-70(M)-1/2 Seahawk helicopters for anti-submarine warfare, compared to her sister ships.