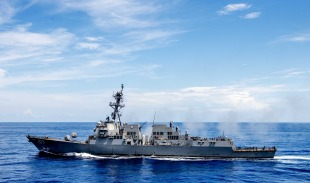 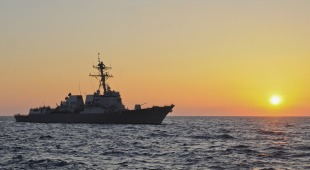 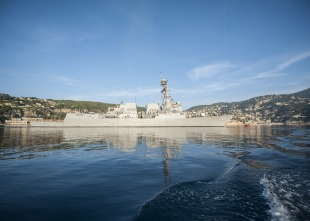 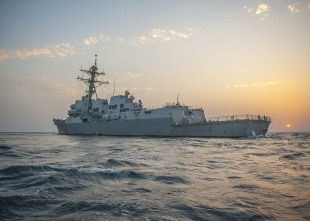 USS Truxtun (DDG-103) is an Arleigh Burke-class (Flight IIA) Aegis guided missile destroyer currently in service with the United States Navy. She is named for American Naval hero, Commodore Thomas Truxtun (1755–1822), one of the first six commanders appointed by George Washington to the newly formed U.S. Navy. She is the sixth U.S. naval warship to bear his name. Truxtun's keel was laid down on 11 April 2005. During construction at Ingalls Shipbuilding, Pascagoula, Mississippi, she suffered a major electrical fire on 20 May 2006, engulfing two levels and causing damage estimated to be worth millions of dollars. She was launched on 17 April 2007, then christened on 2 June 2007 in Pascagoula, with Truxtun descendants Susan Scott Martin and Carol Leigh Roelker serving as sponsors, and commissioned on 25 April 2009 in Charleston, South Carolina. As of July 2020 the ship is part of Destroyer Squadron 26 based out of Naval Station Norfolk.