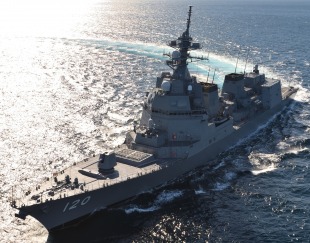 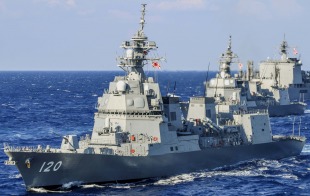 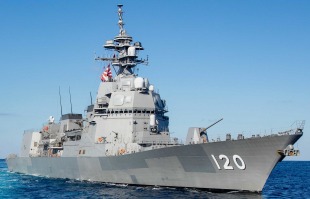 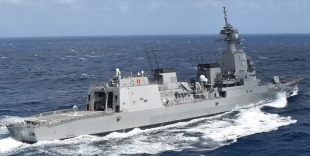 JS Shiranui (DD-120) is the second ship of the Asahi-class destroyer of the Japanese Maritime Self-Defense Force. Her namesake came from the optical phenomenon called Shiranui, or «Phosphorescent Light».

The procurement of the destroyer began in 2013 in response to the reduction in the number of destroyers (namely the Hatsuyuki class) within the JMSDF. The two major characteristics of this destroyer is its bigger emphasis on anti-submarine warfare and the adoption of the COGLAG (combined gas turbine electric and gas turbine) propulsion system. A second destroyer was procured a year later.