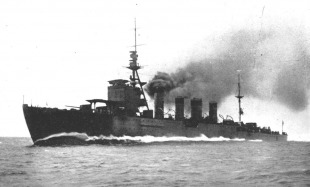 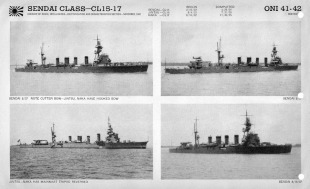 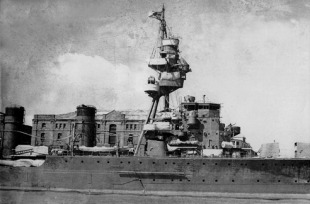 Sendai was a Sendai-class light cruiser in the Imperial Japanese Navy. She was named after the Sendai River in southern Kyūshū. Sendai was the lead ship of the three vessels completed in her class of light cruisers, and like other vessels of her class, she was intended for use as the flagship of a destroyer flotilla.

Sendai was completed at the Mitsubishi Nagasaki shipyards on 29 April 1924. Immediately on completion, she was assigned to Yangtze River patrol in China. She played an important role in the Battle of Shanghai in the opening stages of the Second Sino-Japanese War, and later covered the landings of Japanese forces in southern China.