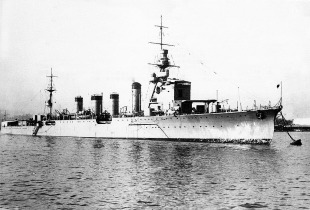 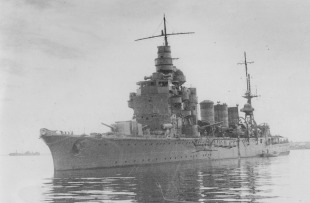 Naka was a Sendai-class light cruiser in the Imperial Japanese Navy, named after the Naka River in the Tochigi and Ibaraki prefectures of eastern Japan. Naka was the third (and final) vessel completed in the Sendai class of light cruisers, and like other vessels of her class, she was intended for use as the flagship of a destroyer flotilla.