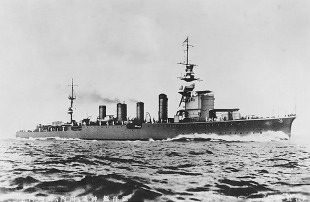 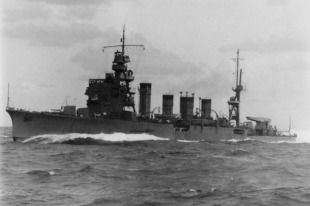 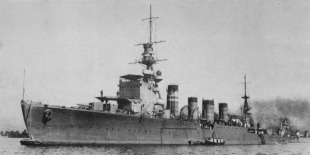 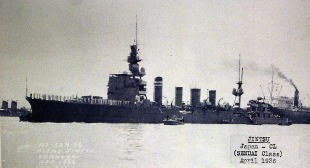 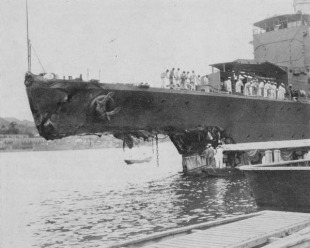 Jintsū was the second vessel completed in the three-ship Sendai-class light cruiser in the Imperial Japanese Navy, named after the Jinzū River in the Gifu and Toyama prefectures of central Japan. She was active in World War II in various campaigns including the Japanese invasion of the Philippines, the Battle of the Java Sea, and Battle of Midway. On 13 July 1943 in the Battle of Kolombangara, she was discovered during a night attack by American ships and sunk in combat.