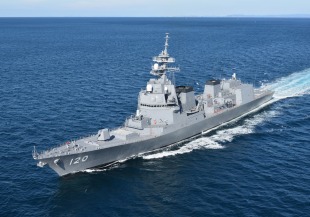 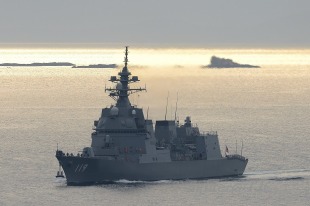 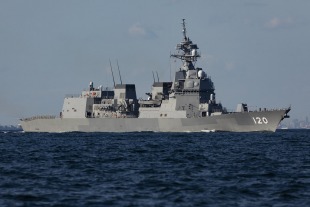 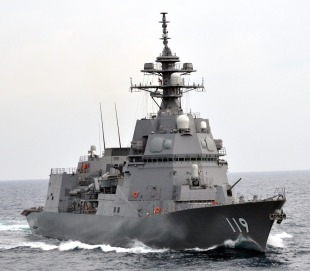 The Asahi class of destroyers of the Japan Maritime Self-Defense Force is optimized for undersea warfare. The class was initially designated «25DD», referring to a date on the Japanese calendar, specifically the 25th fiscal year of the Heisei period (2013).

The Asahi class is the first Japanese warship to be equipped with a COGLAG propulsion system. This allows the destroyer to be more fuel efficient than previous warships. Another unique feature about this destroyer is the usage of a GaN-AESA (gallium nitride — active electronically scanned array) Multifunction Radar. The Asahi class is the second Japanese class of warship to be outfitted with this technology (the Akizuki class was the first). The destroyer's radar is based on the FCS-3A radar used for the Akizuki class and uses gallium nitride to improve performance. In radar technology, gallium nitride offers a number of advantages over the traditionally used gallium arsenide (GaA). These advantages include higher power density, efficiency, thermal spreading and frequency coverage. This in turn allows the GaN chip to be smaller than their GaA counterpart, thus reducing cost and increasing overall cost effectiveness. 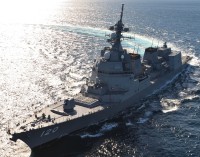