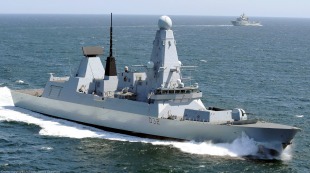 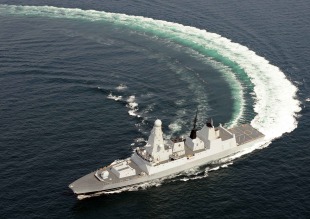 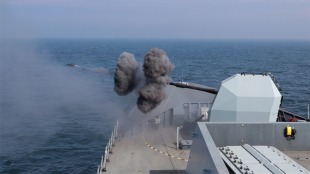 HMS Daring is the lead ship of the Type 45 or Daring-class air-defence destroyers built for the Royal Navy, and the seventh ship to hold that name. She was launched in 2006 on the Clyde and conducted contractor's sea trials during 2007 and 2008. She was handed over to the Royal Navy in December 2008, entered her base port of Portsmouth for the first time in January 2009 and was formally commissioned on 23 July 2009. As the lead ship of the first destroyer class built for the Royal Navy since the Type 42 in the 1970s, she has attracted significant media and public attention. Her name, crest and motto are a reference to the Roman youth Gaius Mucius Scaevola, famed for his bravery.