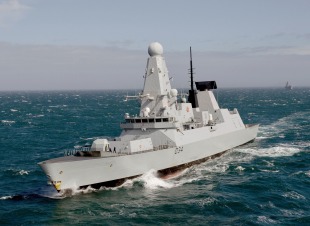 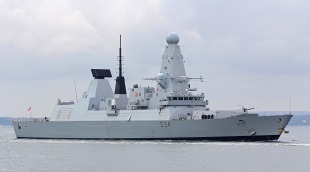 HMS Diamond is the third ship of the Type 45 or Daring-class air-defence destroyers built for the Royal Navy. She was launched in 2007, completed her contractor's sea trials in July 2010 and arrived at her base port on 22 September 2010. Diamond was commissioned in a traditional ceremony on 6 May 2011, and formally entered service on 12 July 2011.

Diamond's construction began at the BAE Systems Naval Ships yard at Govan on the River Clyde in February 2005. She was launched on 27 November 2007.