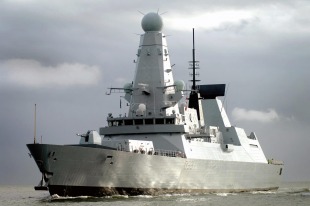 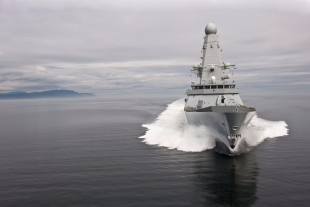 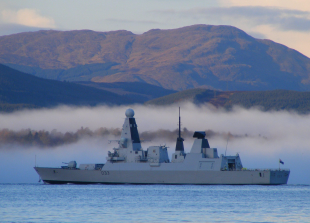 HMS Dauntless is the second ship of the Type 45 or Daring-class air-defence destroyers built for the British Royal Navy. She was launched at Govan in January 2007, was handed over to the Royal Navy on 3 December 2009 and was formally commissioned on 3 June 2010.

Dauntless's construction began at the BAE Systems Naval Ships yard at Govan in August 2004 on the River Clyde. She was launched on 23 January 2007 at 3.25 pm by Lady Burnell-Nugent, wife of Admiral Sir James Burnell-Nugent, the then-Commander-in-Chief Fleet. Dauntless is the adopted warship of Newcastle-upon-Tyne. Because her modules were put together outside at BAE Govan, it was possible to complete more of her structure than her sister ship, Daring, which was launched from the covered facility at Scotstoun the previous year.