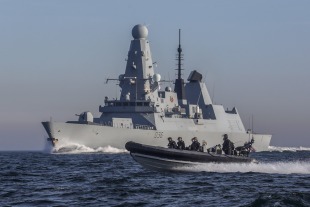 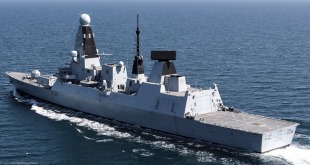 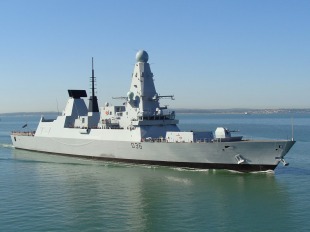 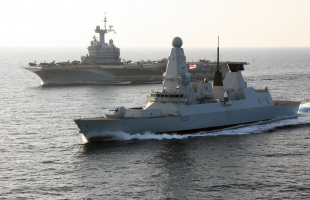 HMS Defender is the fifth of the Type 45 or Daring-class air-defence destroyers built for the Royal Navy. She is the eighth ship to bear the name. Construction of Defender began in 2006, and she was launched in 2009. The ship completed her first sea trials in October and November 2011, and was commissioned during March 2013.

Defender's construction began at the BAE Systems Naval Ships (now part of BAE Systems Surface Ships) yard at Govan on the River Clyde in July 2006. The launch date was 21 October 2009.

On 21 October 2011, Defender left Scotstoun shipyard in Glasgow on her maiden voyage exactly two years to the day after she was launched, to conduct her first stage of sea trials. These trials were completed in mid-November. On 9 March 2012, she once again left the Clyde to commence a second round of trials, scheduled to last 28 days in the waters off western Scotland.