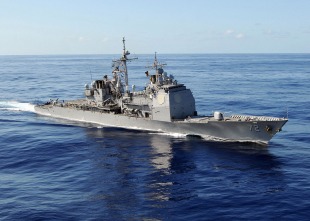 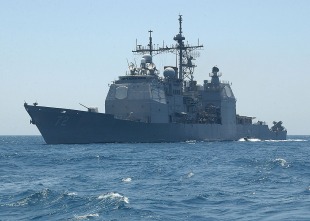 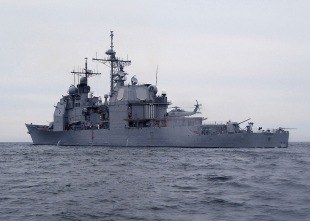 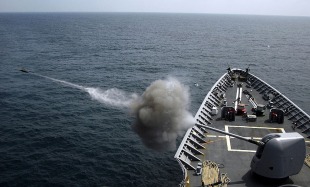 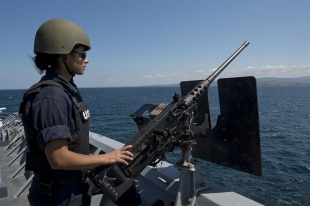 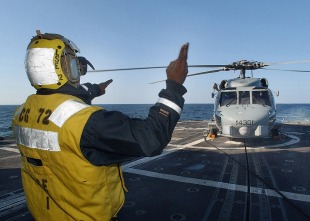 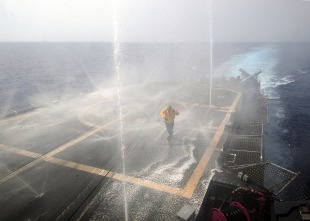 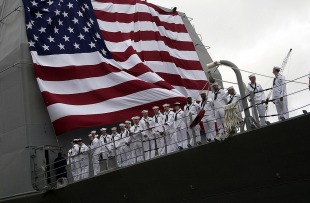 Namesake:
The Battle of Vella Gulf was a naval battle of the Pacific campaign of World War II fought on the night of 6–7 August 1943 in Vella Gulf between Vella Lavella Island and Kolombangara Island in the Solomon Islands of the Southwest Pacific.
Country of build:
Builder:
builder: Ingalls Shipbuilding
Operator:

USS Vella Gulf (CG-72) is a Ticonderoga-class guided missile cruiser built, in active service with the United States Navy She is the second ship named for the Battle of Vella Gulf, a naval engagement in the Solomons campaign of World War II, the first being USS Vella Gulf (CVE-111) an escort carrier commissioned in 1945. She was laid down on 22 April 1991 at Pascagoula, Mississippi, by Litton Industries, Ingalls Shipbuilding Division; launched on 13 June 1992; sponsored by Mary A. McCauley, wife of Vice Admiral William F. McCauley (Ret.); and commissioned alongside Pier 12, Naval Operating Base (NOB) Norfolk, Virginia, on 18 September 1993.

Designed as a multi-mission ship, Vella Gulf is capable of sustained combat operations in Anti-Air, Anti-Submarine, Anti-Surface, and Strike warfare environments. She is employed in support of carrier battle groups, amphibious assault groups, as well as in interdiction and escort missions. Her diverse combat capability is orchestrated by the Aegis Combat System, a fully integrated electronic detection, engagement, and fire control system. Aegis enables Vella Gulf to detect, evaluate, and engage an enemy with great firepower and accuracy.