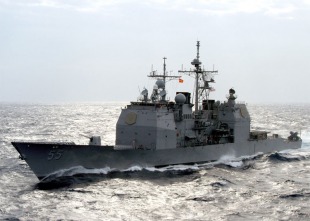 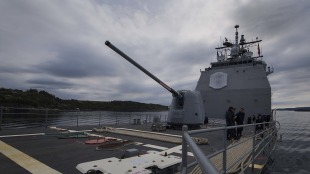 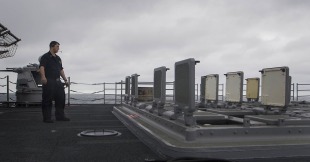 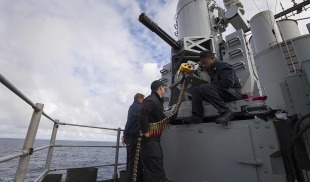 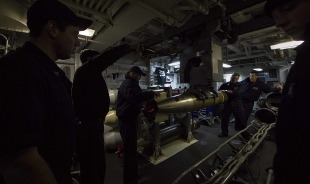 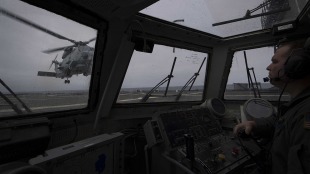 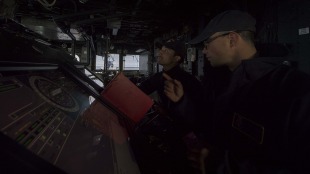 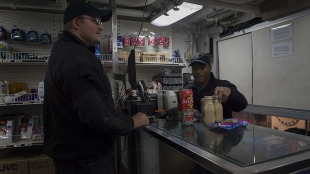 USS Leyte Gulf (CG-55) is a Ticonderoga-class guided missile cruiser in the United States Navy. She was named in memory of the World War II Battle of Leyte Gulf in the Pacific. She is powered by four large gas-turbine engines, and she has a large complement of guided missiles for air defense, attack of surface targets at sea and ashore, and anti-submarine warfare (ASW). In addition, she carries two «Seahawk» LAMPS multi-purpose helicopters, whose primary mission is ASW.