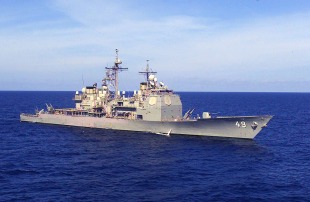 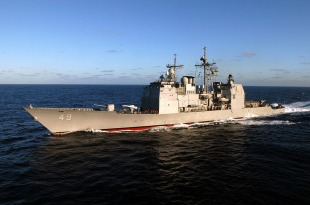 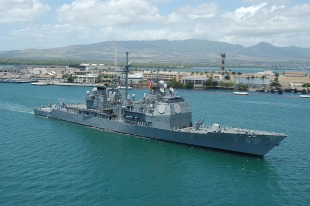 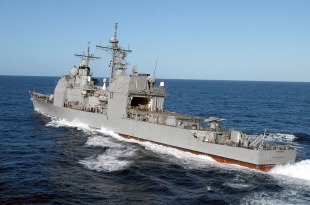 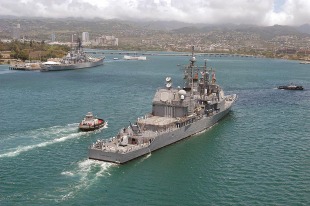 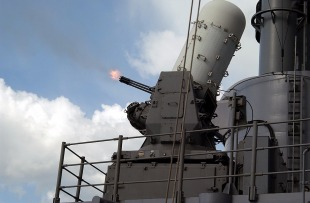 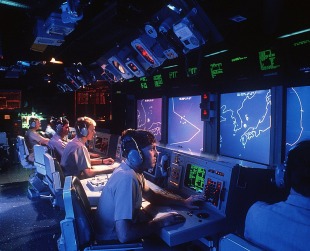 Vincennes was commissioned in 1985, and saw service in the Pacific before being dispatched to the Persian Gulf in 1988 in support Operation Earnest Will during the Iran–Iraq War. Operating in this capacity the cruiser shot down Iran Air Flight 655 over the Persian Gulf, sparking an international incident between Iran and the United States. Following the cessation of hostilities, Vincennes returned to the Pacific Fleet where she remained for the rest of her active career.

Vincennes was decommissioned in 2005 after attempts to retrofit the cruiser with the Mark 41 Vertical Launching System failed, and was initially laid up in the mothball fleet at Naval Base Kitsap, in Bremerton, Washington. In 2010 the vessel was towed to Texas for scrapping, which was completed in 2011.