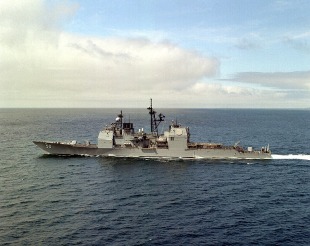 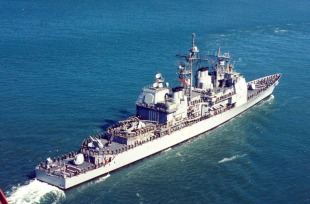 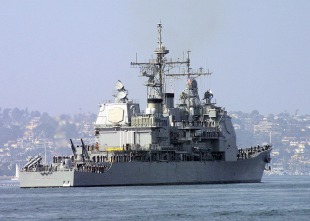 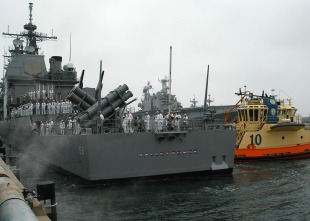 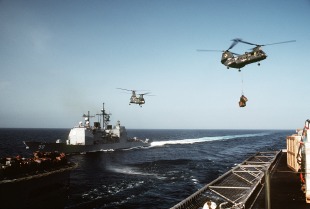 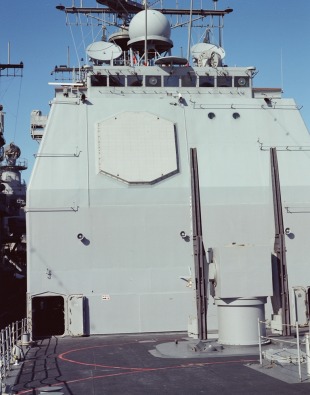 USS Valley Forge (CG-50) was a Ticonderoga-class cruiser in the United States Navy. She was named for Valley Forge, where the Continental Army camped during one winter in the American Revolution.

During the 1986 RIMPAC naval exercise, she acted as the plane guard for the aircraft carrier USS Ranger.

In March 2003, Valley Forge was assigned to Destroyer Squadron 21.

The ship was decommissioned on 31 August 2004, at San Diego Naval Station, the first ship with the Aegis combat system withdrawn from service. Valley Forge was sunk on 2 November 2006, as part of a target practice on a test range near Kauai, Hawaii.