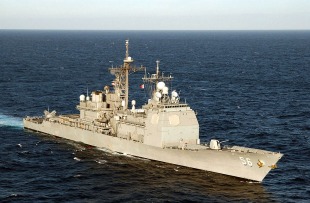 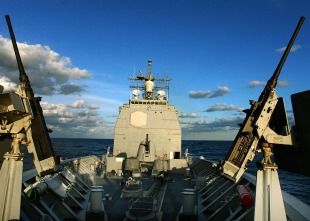 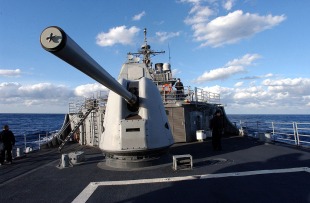 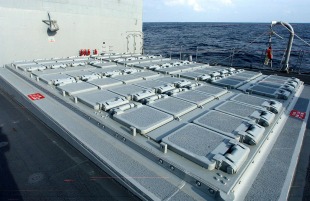 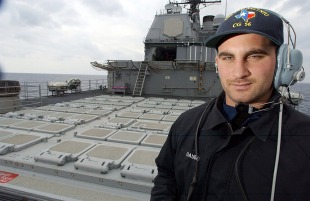 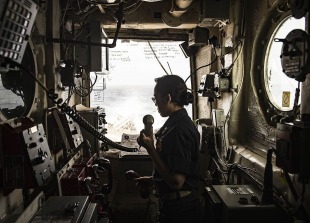 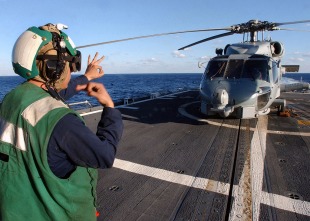 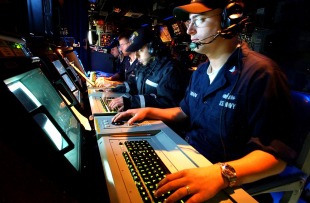 Namesake:
The Battle of San Jacinto, fought on April 21, 1836, in present-day Harris County, Texas, was the decisive battle of the Texas Revolution.
Operator:

USS San Jacinto (CG-56) is a Ticonderoga-class cruiser in the United States Navy. She is named for the Battle of San Jacinto, the decisive battle of the Texas Revolution.

The «San Jac» was built at Pascagoula, Mississippi and commissioned 23 January 1988 by then vice-president George H. W. Bush in Houston, Texas. She completed her fitting out and work-ups, then deployed to the Mediterranean Sea in late May 1989, returning in November. While San Jacinto and her sister ship Leyte Gulf were underway off the Virginia coast performing testing of CEC, the Iraqi army invaded and occupied Kuwait. The next day, Leyte Gulf detached and headed back to Mayport, Florida. The day after, San Jacinto returned to her homeport of Norfolk, Virginia, to prepare for the massive sortie to the Middle East.