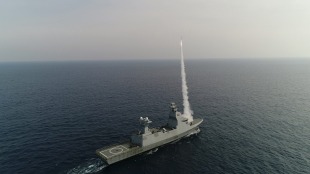 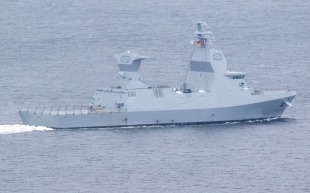 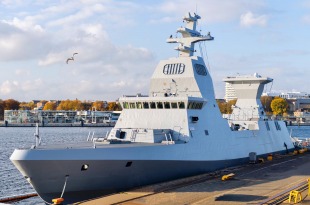 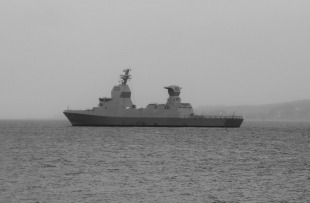 INS Magen is a Sa'ar 6-class corvette of the Israeli Navy. She is the first ship of her class to be commissioned.

The Sa'ar 6-class vessels have a displacement of almost 1,900 tons at full load and is 90 m (295 ft 3 in) long. They are armed with an Oto Melara 76 mm main gun, two Typhoon Weapon Stations, 32 vertical launch cells for Barak-8 surface-to-air missiles, 40 cells for the C-Dome point defense system, 16 anti-ship missiles Gabriel V. the EL/M-2248 MF-STAR AESA radar, and two 324 mm (12.8 in) torpedo launchers. They have hangar space and a platform able to accommodate a medium class SH-60-type helicopter.

She was laid down on 7 February 2018 and launched on 12 May 2019 at German Naval Yards and ThyssenKrupp in Kiel. She was handed over to Israeli Navy on 2 December and commissioned on 11 November 2020.