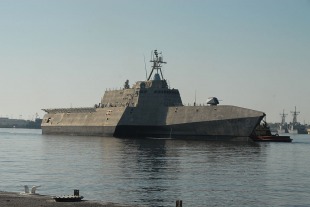 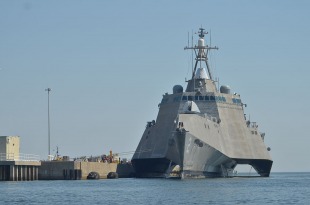 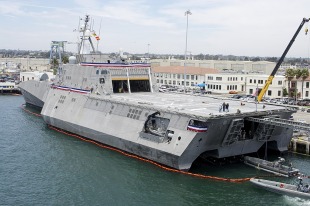 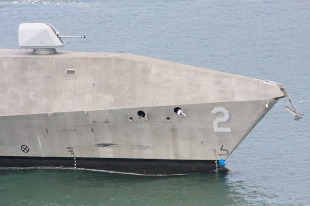 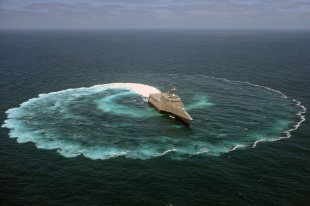 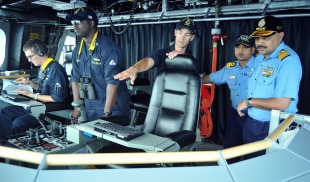 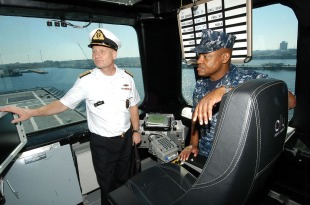 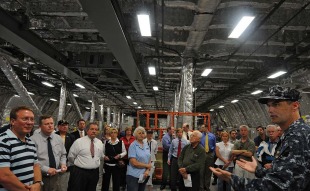 USS Independence (LCS-2) is the lead ship of the Independence-class of littoral combat ships. She is the sixth ship of the United States Navy to be named for the concept of independence. The design was produced by the General Dynamics consortium for the Navy's LCS program, and competes with the Lockheed Martin designed Freedom variant.

Independence, delivered to the Navy at the end of 2009, is a high speed, small crew corvette (although the U.S. Navy does not use the term) intended for operation in the littoral zone. She can swap out various systems to take on various missions, including finding and destroying mines, hunting submarines in and near shallow water, and fighting small boats (she is not intended to fight warships). The ship is a trimaran design with a wide beam above the waterline that supports a larger flight deck than those of the Navy's much larger destroyers and cruisers, as well as a large hangar and a similarly large mission bay below. The trimaran hull also exhibits low hydrodynamic drag, allowing efficient operation on two diesel powered water jets at speeds up to 18 knots (33 km/h; 21 mph), and high speed operation on two gas turbine powered water jets at a sustainable 44 knots (81 km/h; 51 mph) and even faster for short periods.