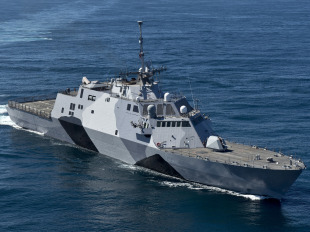 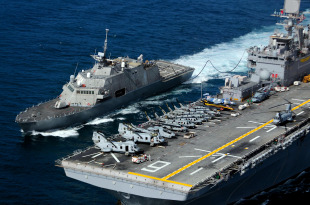 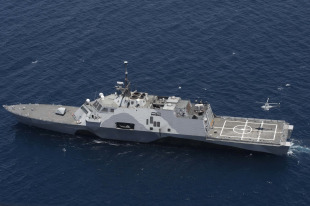 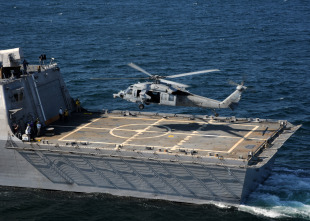 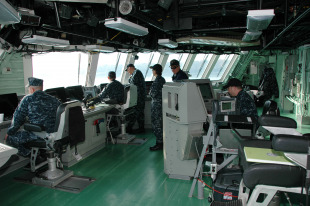 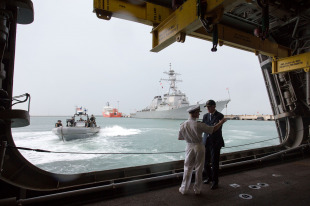 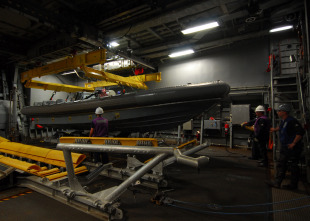 USS Freedom (LCS-1) is the lead ship of the Freedom class of littoral combat ships (LCS). She is the third vessel of the United States Navy to be so named for the concept of freedom. She is the design competitor produced by the Lockheed Martin consortium, in competition with the General Dynamics–designed USS Independence. She was officially accepted by the Supervisor of Shipbuilding Gulf Coast on behalf of the US Navy from the Lockheed Martin/Marinette Marine/Gibbs and Cox team in Marinette, Wisconsin on 18 September 2008.

She is designed for a variety of missions in shallow waters, minesweeping and humanitarian relief, capable against submarines and small ships, but not designed to take on large warships. The ship is a semi-planing monohull design capable of over 40 knots (74 km/h; 46 mph).

Commissioned in Milwaukee, Wisconsin on 8 November 2008, USS Freedom is home-ported in San Diego, and assigned to Littoral Combat Ship Squadron ONE.