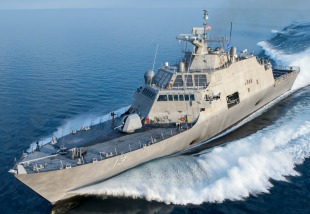 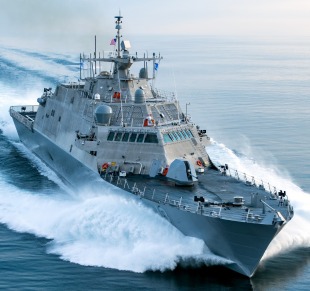 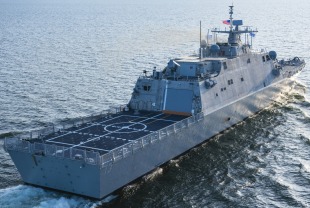 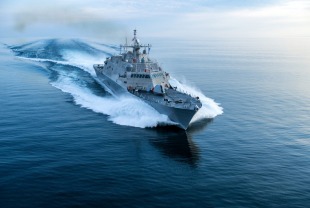 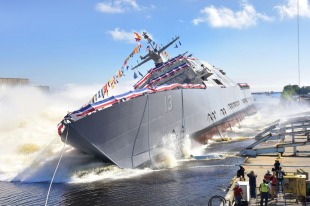 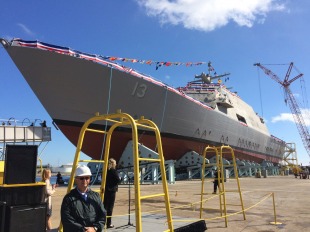 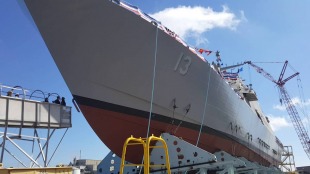 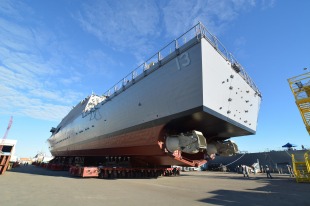 Namesake:
Wichita is the largest city in the U.S. state of Kansas. Located in south-central Kansas on the Arkansas River, it is the county seat of Sedgwick County and the principal city of the Wichita metropolitan area which had an estimated population of 644,610 in 2015.
Operator:

USS Wichita (LCS-13) will be a Freedom-class littoral combat ship of the United States Navy. It will be the third ship named after Wichita, the largest city in Kansas. The ceremonial “laying of the keel” was on 9 February 2015, at Marinette, Wisconsin. Sponsored by Kate Lehrer, wife of Wichita native Jim Lehrer, the ship was christened and launched on 17 September 2016. The naval crest of the ship incorporates elements of the Wichita flag, along with a buffalo skull and feathers representing the Native American heritage and wheat to reflect the state of Kansas's main crop. She is assigned to Littoral Combat Ship Squadron TWO. The ship was acquired by the US Navy from Lockheed Martin and the Marinette Marine shipyard on 22 August 2018 along with USS Sioux City in a double delivery.