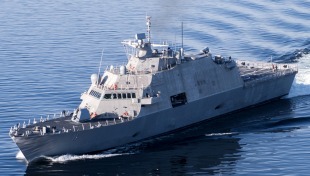 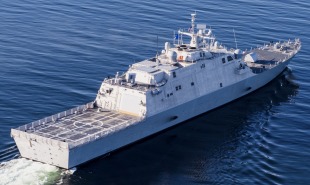 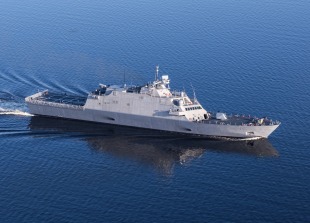 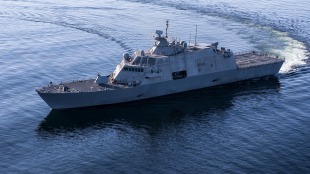 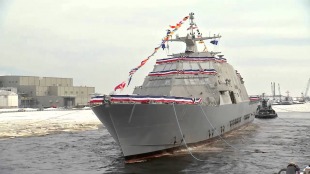 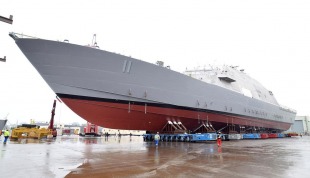 Namesake:
Sioux City is a city in Woodbury and Plymouth counties in the northwestern part of the U.S. state of Iowa. The population was 82,684 in the 2010 census, which makes it the fourth largest city in Iowa.
Operator:

USS Sioux City (LCS-11) is a Freedom-class littoral combat ship of the United States Navy. It is the first ship named after Sioux City, the fourth-largest city in Iowa. The ceremonial “laying of the keel” was on 19 February 2014, at Marinette, Wisconsin. The ship was constructed by Fincantieri Marinette Marine and launched on 30 January 2016 after being christened by its sponsor, Mrs. Mary Winnefield. Sioux City was acquired by the US Navy from Lockheed Martin and the Marinette Marine shipyard on 22 August 2018 along with USS Wichita (LCS-13) in a double delivery. The ship will be commissioned at the United States Naval Academy in Annapolis, Maryland on 17 November 2018, after which the ship will be assigned to the Fifth Fleet in the Persian Gulf.