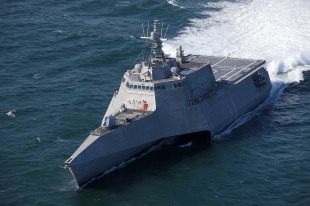 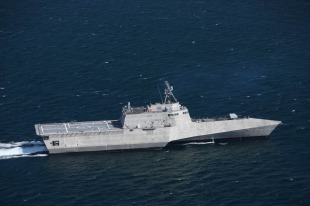 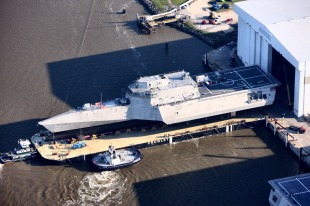 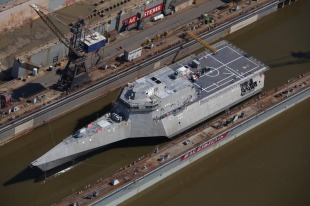 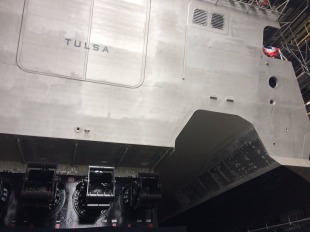 Namesake:
Tulsa is the second-largest city in the state of Oklahoma and 47th-most populous city in the United States.
Operator:

USS Tulsa (LCS-16) is an Independence-class littoral combat ship of the United States Navy. She is the third ship to be named for Tulsa, second-largest city in the U.S. state of Oklahoma.

Tulsa is under construction by Austal USA in Mobile, Alabama. A ceremonial laying of the keel was held at the Austal USA shipyards in Mobile on 11 January 2016. Former Tulsa mayor Kathy Taylor was the ship's sponsor, with a delegation of Tulsa officials including incumbent mayor Dewey F. Bartlett, Jr. also in attendance. Because the ship is being assembled from prefabricated modules, Tulsa was already 60 percent complete at the time of the keel laying.