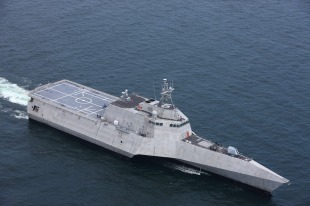 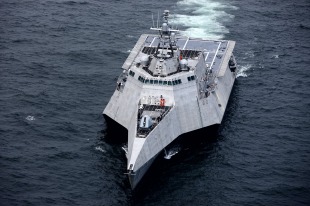 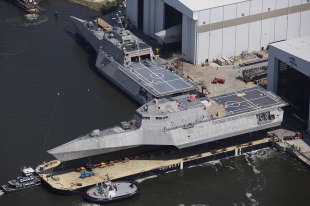 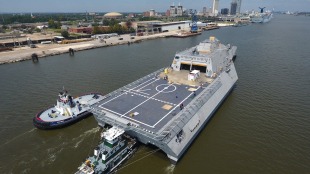 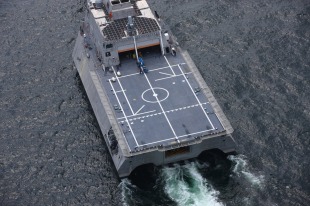 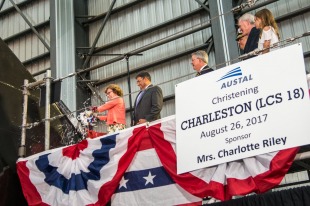 Namesake:
Charleston is the oldest and largest city in the U.S. state of South Carolina, the county seat of Charleston County, and the principal city in the Charleston–North Charleston–Summerville Metropolitan Statistical Area.
Operator:

USS Charleston (LCS-18) is an Independence-class littoral combat ship of the United States Navy. She is the sixth ship to be named for Charleston, the oldest and largest city in the U.S. state of South Carolina.

Charleston is under construction by Austal USA in Mobile, Alabama. A ceremonial laying of the keel was held at the Austal USA shipyards in Mobile on 28 June 2016. The ship's sponsor, U.S. Representative Bradley Byrne, welded his initials into the keel of Charleston as part of the ceremony.